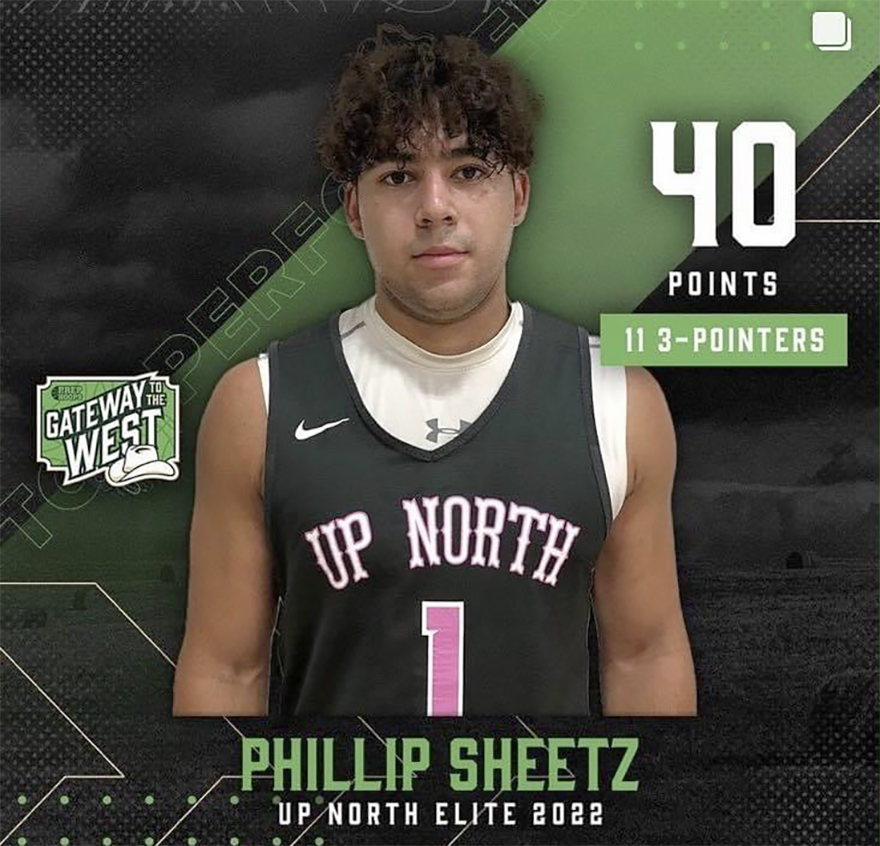 Phillip Sheetz made 11 threes scoring 40 points in the win over Oklahoma Next Level and named Great West Top Performer. 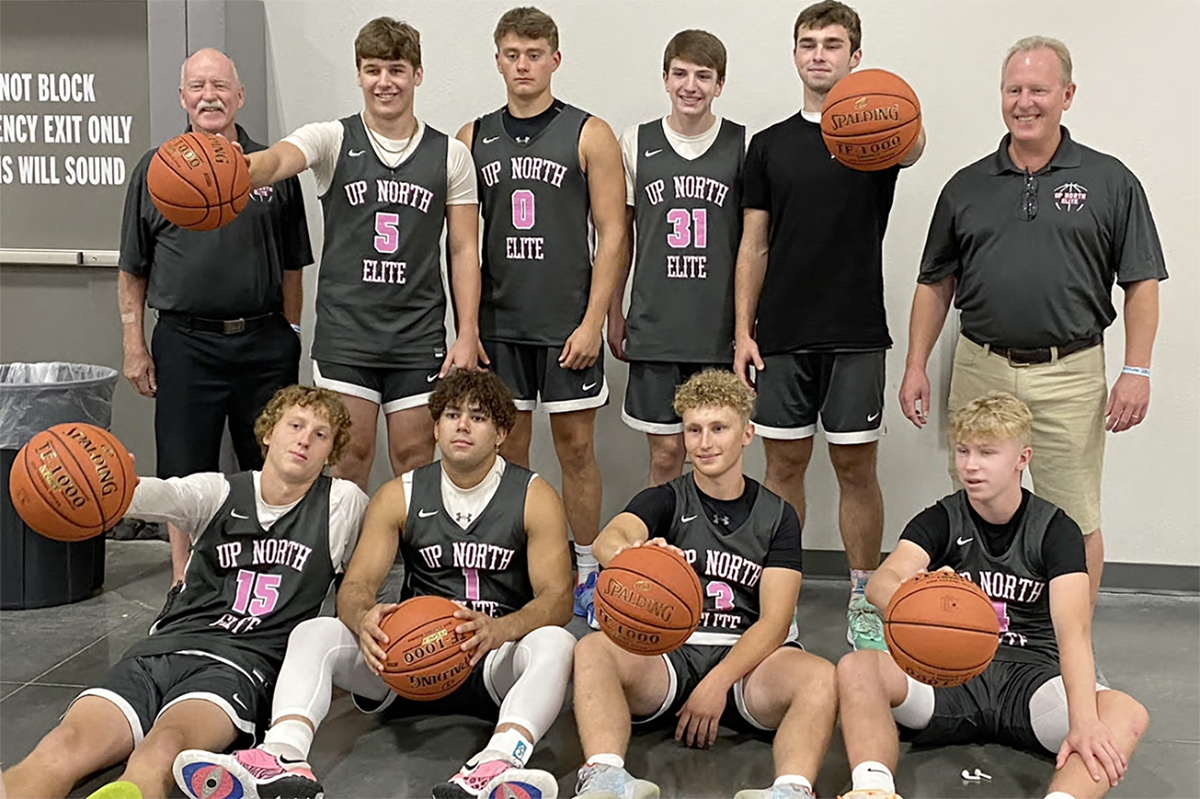 There were 22 teams in the 17U division coming from Kansas, Colorado, Oklahoma, South Dakota, Minnesota, Iowa, Nebraska, Illinois, and Wisconsin.

The season started in April, with Comets Shootout-St. Cloud, Meg Vang-Eagan, Battle of the Lakes-Plymouth, Ball Til You Fall-Eau Claire, Twin Ports Border Battle-Superior, Bloomington Showcase and Gateway to the West Classic-Omaha.

After MLWR school basketball season, Sam and Paul Dewey, organized/coordinated/scheduled the Up North Elite AAU team, getting players, designing uniforms, collecting fees, signing up for tournaments, downloading game films, sending in game rosters and the limited number of fans that were allowed to attend, and setting up practices. Pat Dewey ran the practices and coached the games in April and May. Angie Orvedahl was assistant coach. Minnesota State High School League rules allowed for Paul to also coach in June and July. Isabel Dewey filmed all the games and Bridget Dewey scheduled accommodations.

The Up North Elite team took on many great teams, some of the top players in the state were in every game, and the basketball players improved after all these contests. Members of the team are MLWR players: Duane Broughton, Luke Dewey, Sam Dewey, Chance Lunde, Landin Kurhajetz, Logan Orvedahl, Phillip Sheetz, Alex Watrin, and Cloquet players, Caleb Hanson, and Alec Turnbull.