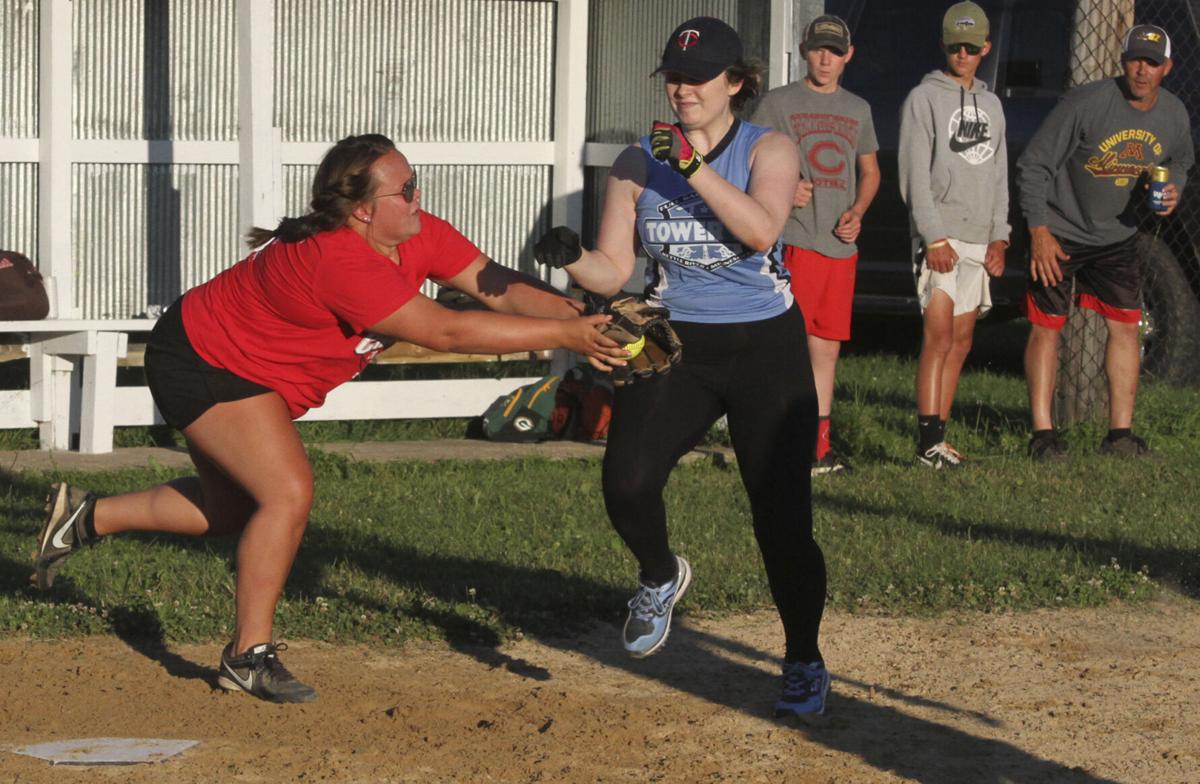 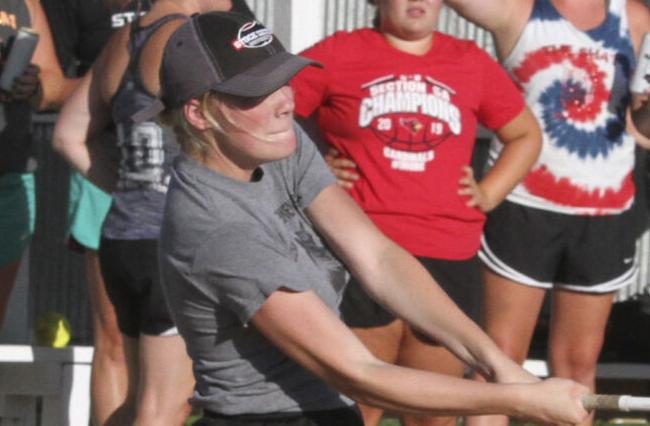 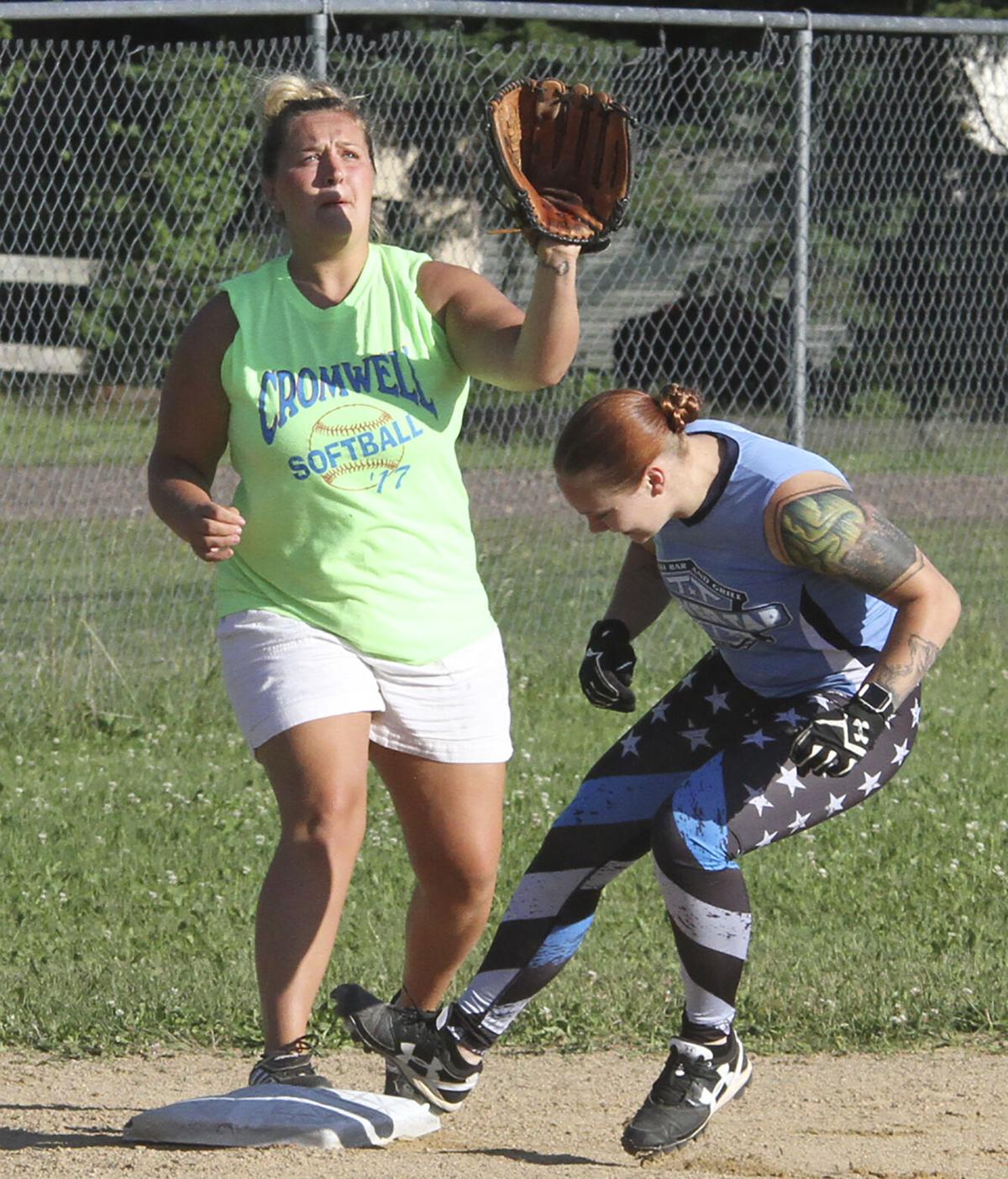 The Ladies of Tower Tap of Kettle River would host the Ladies of Kalli’s of Wright on the evening of July 22nd. Kalli’s bar would step up to the plate first in the first game of a double header. The ladies of Tower Tap would shut them down early as the ladies of Kalli’s would fail to score in the first inning. Tower Tap would step up to the plate and begin the night driving in 5 runs in the first inning before stranding 2 runners on base. It would again be Kalli’s turn to step up to the late in the second inning and Elizabeth Risacher would drive the ball deep to left center and with her speed she would show no hesitation as she would round the bases for an in the park home run to score the first point for Kalli’s Bar. That would be the only run scored by Kalli’s in the second inning. Tower Tap would again step to the plate and would show no mercy as they would drive in 11 runs in the 2nd inning. Kamille Korpela would again swing for the fence and have another home run this week. The inning would end with Tower Tap leading 16-1 going into the third inning. Kalli’s would again find a way to score in the third but it would be just a single run. Tower Tap would put the game away in the third adding 7 more runs to give them a 23-2 lead. Kalli’s would then take the plate again but would be shutout by the Tower Tap ending the game in 4 innings by a score of 23-2.

The second game of the night would see Tower Tap stepping up to the plate first, and scoring just 1 run, as Kalli’s Bar would end Tower Taps at bat with a double play, with Tower Tap leaving 1 runner stranded on base. Kalli’s would then step up to the plate and show that they were not ready to head home as they would smash 3 runs in while leaving 2 runners stranded on base. The second inning would see neither team scoring but Tower Tap leaving 1 runner stranded on base. The third inning would have the Tower Tap’s bats come alive as they would score 3 runs and leave 2 runners stranded, giving them the lead. Tower Tap’s lead would be short as Kalli’s would drive in 1 run in the bottom of the third while leaving 2 runners stranded. The end of the third would see the game tied up at 4 runs apiece. The fourth and fifth innings would see neither of the teams scoring. The Top of the sixth inning Tower Tap would drive in 2 runs while leaving 3 runners on base. Kalli’s would have the bases loaded in the bottom of the sixth inning but would fail to advance in any runs, stranding 3 runners on base. The seventh and final inning would again find neither of the teams driving in any runs, while both teams would leave a player stranded on base. The night would end with Tower Tap ending the second game 6-4, and walking away with both games for the night.