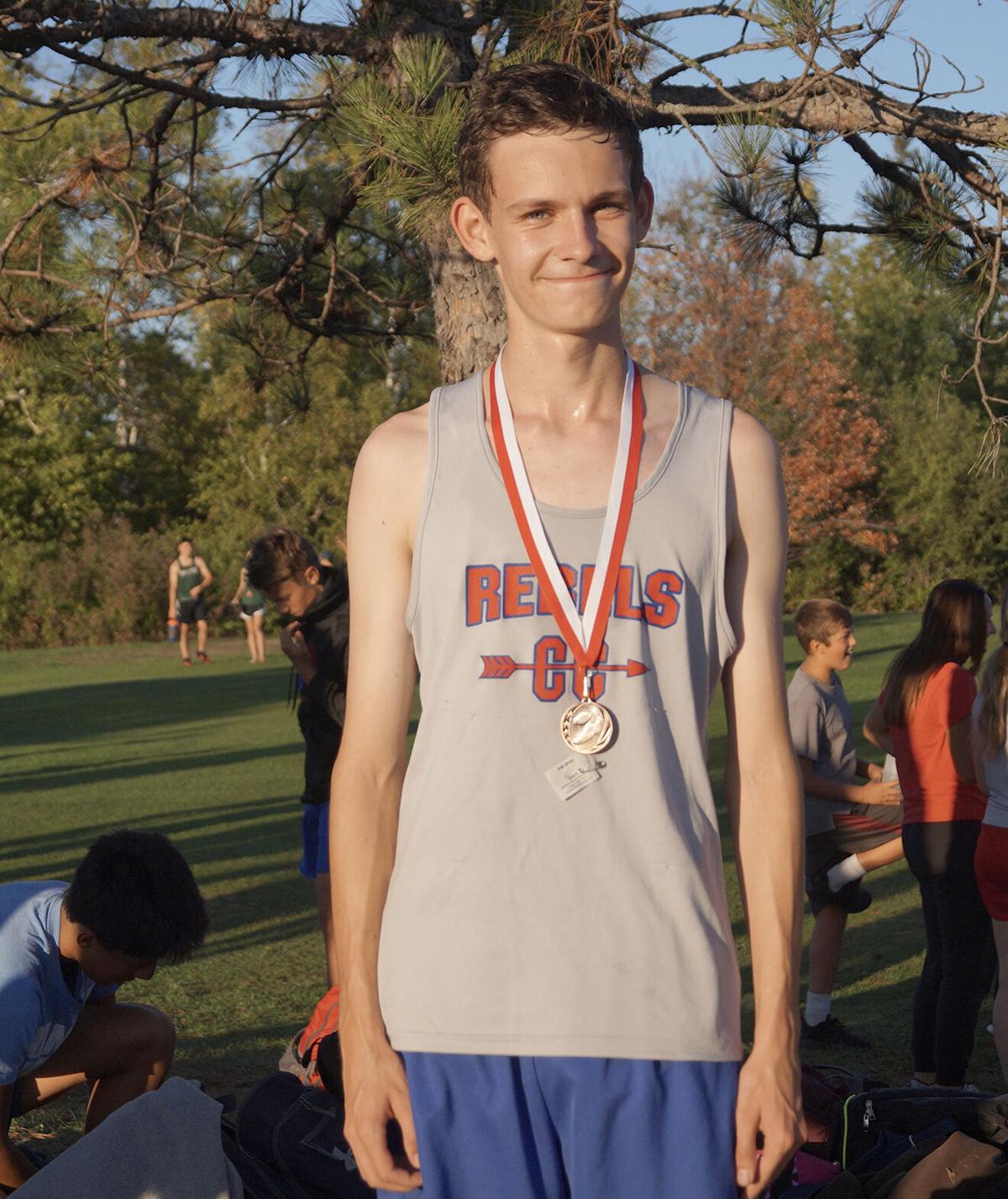 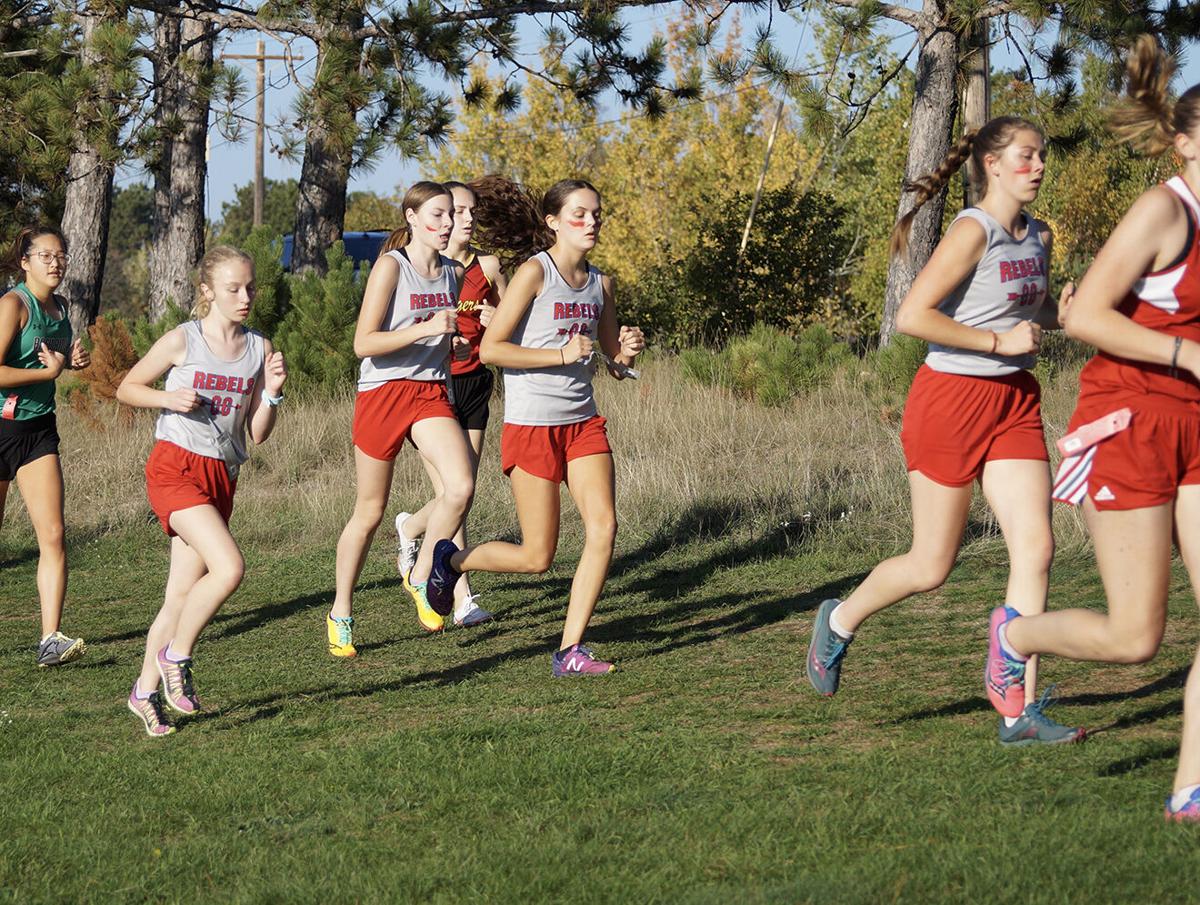 Some of the Rebel girls running together at the beginning of the race in Ely. From left to right are Isabel Dewey, Brooklyn Peterson, Elle Nielsen and Ella Heaton.

On Tuesday, October 5 the Rebels cross country team headed way up north to the Ely Golf Course. What can I say but I am starting to sound like a broken record about the weather. Even though it was cloudy and cool when the team left the school, the bus arrived in Ely with clear skies, mild wind and temps in the low 70s, another great day to run.

There was 12 schools present with three from AA and nine from A. The Rebels had six runners with season and also their career best times. Congratulations to Carl Halverson, Shawn Bailey, Zach Youngs, Matt Bohnsack, Ella Heaton, and Isabel Dewey. The top 15 runners for both boys and girls received medals. Once again congratulations to Shawn Bailey for his 11th place finish.

The race was divided into Junior High, Girls Varsity and Boys Varsity with no results being given for JV team finish’s. The Junior High ran 2400 meters and Varsity a 5k. Once again the girls finished 1st for all A teams and 4th overall with the boys finishing 4th for A teams and 7th overall.

Next up is the Conference Championship in Grand Marias on Tuesday October 12th at the Pincushion Mountain trails. Than on October 19th the Rebels will be a little closer to home for the Proctor Lions Invite. Than it is the Section 7A Championship at the Cloquet Country Club on Thursday, October 28.