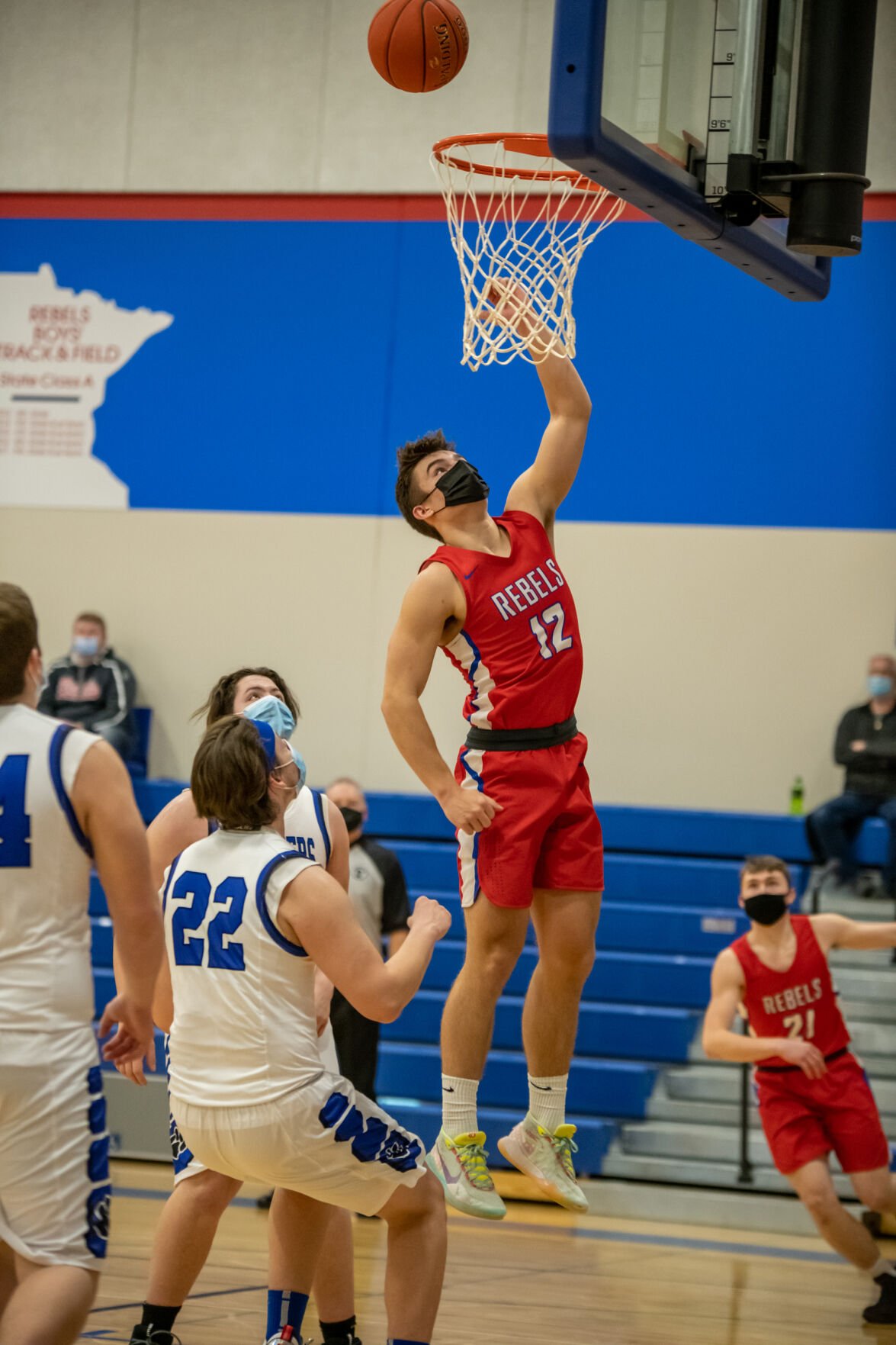 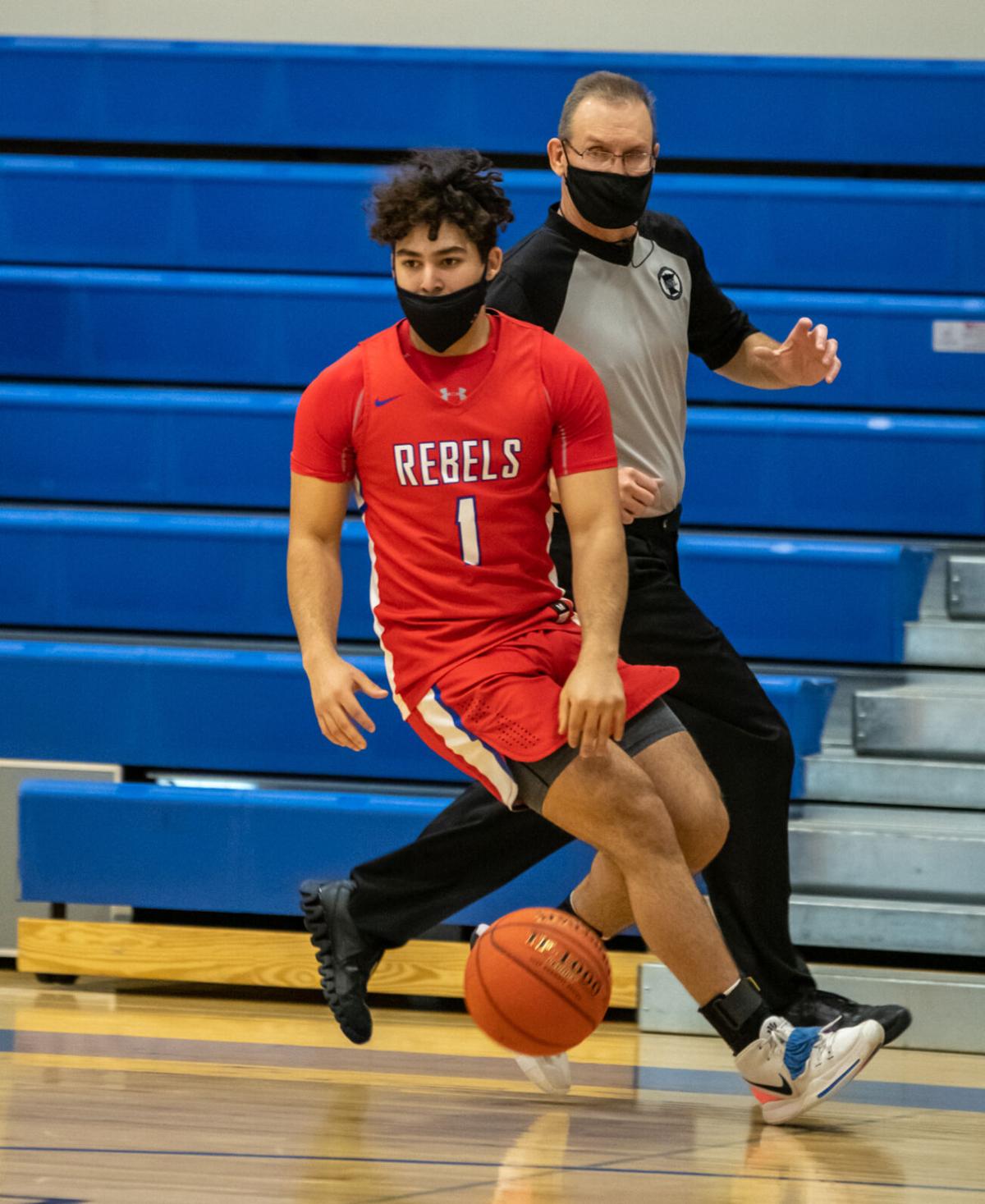 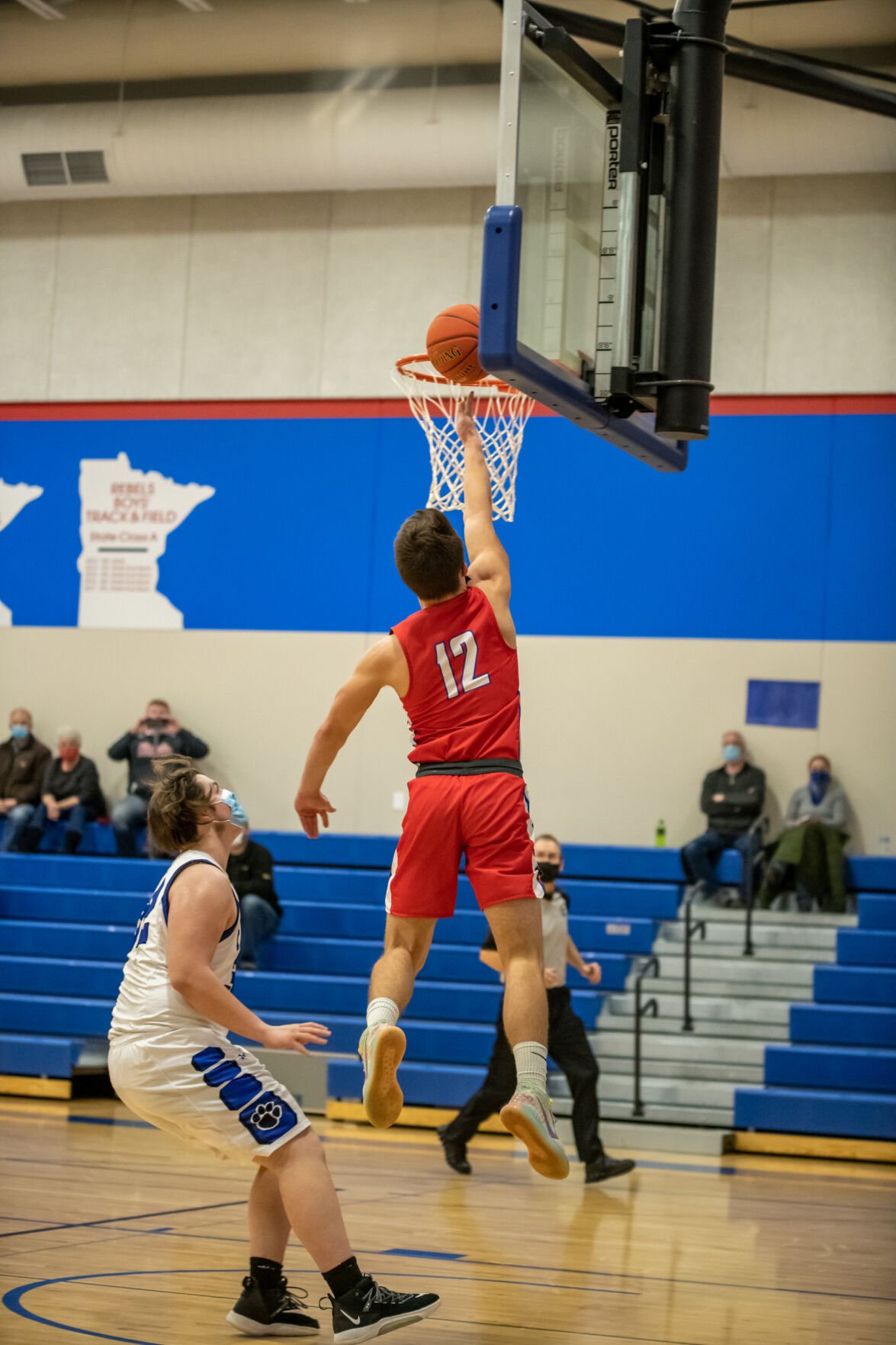 Senior Mason Olson (#22) was leading scorer with 22 points in the Two Harbors game.

The Rebels beat the Two Harbor Agates with a final score of 92-45. They play next on March 1 in Melrose.

Senior Mason Olson (#22) was leading scorer with 22 points in the Two Harbors game.

Moose Lake Willow River boys’ basketball team started February out with a win over the Two Harbors Agates (5-2) on Friday, February 5, at the Moose Lake gym.

The MLWR Rebels hadn’t had a game for a week and came out with a slow start. Their aggressive, pressure defense landed them with fifteen fouls but they also stole the ball 12 times. Brady Watrin had three fouls in the first half, so he had to ride the bench for part of the first-half. With 12:24 left in the first half, the Rebels were down 4-6 but by half-time led 28-23. During the half-time break, the coaches must have motivated the players to get back to their game, because they came out firing on all cylinders and won the game 92-47.

MLWR shot 100% from the charity line (6 for 6). The Rebels were 14 of 33, for 42%, from the three-point arc. Mason Olson made four, Phillip Sheetz and Logan Orvedahl each had three, Sam Dewey put in two and Zach Youngs and Drew Danielson each sunk one.

MLWR’s two-point baskets were successful 69% of the time. They grabbed down 25 defensive rebounds for 69%. Scoring leader for MLWR was Olson with 22, followed by Brady Watrin 17, Orvedahl 13, Sheetz 11, Dewey 10, Danielson five, Carter Johnson and Landin Kurhajetz each with four, Duane Broughton and Zach Youngs with three.

For Two Harbors, they started three seniors, one junior and one sophomore. They only had eight fouls for the night. Agate scoring had Trent Gomez with 15, Clark Nelson 14, Nick Pearson and Jeremiah Johnson each with eight, and Ethan Bopp with two.

The MLWR JV had their first game before the varsity game and won with almost the same score, 92-45.

On Thursday, February 11, the Rebels will host Carlton High School. Tuesday, February 16, they will play at undefeated (7-0) Pequot Lakes. Pequot Lakes beat Esko by one point 59-58. JV starts at 5:45 and varsity at 7:15. Some schedule changes have the Rebels traveling to Melrose March 1 and East Central’s game on March 15 has been cancelled because of playoffs.