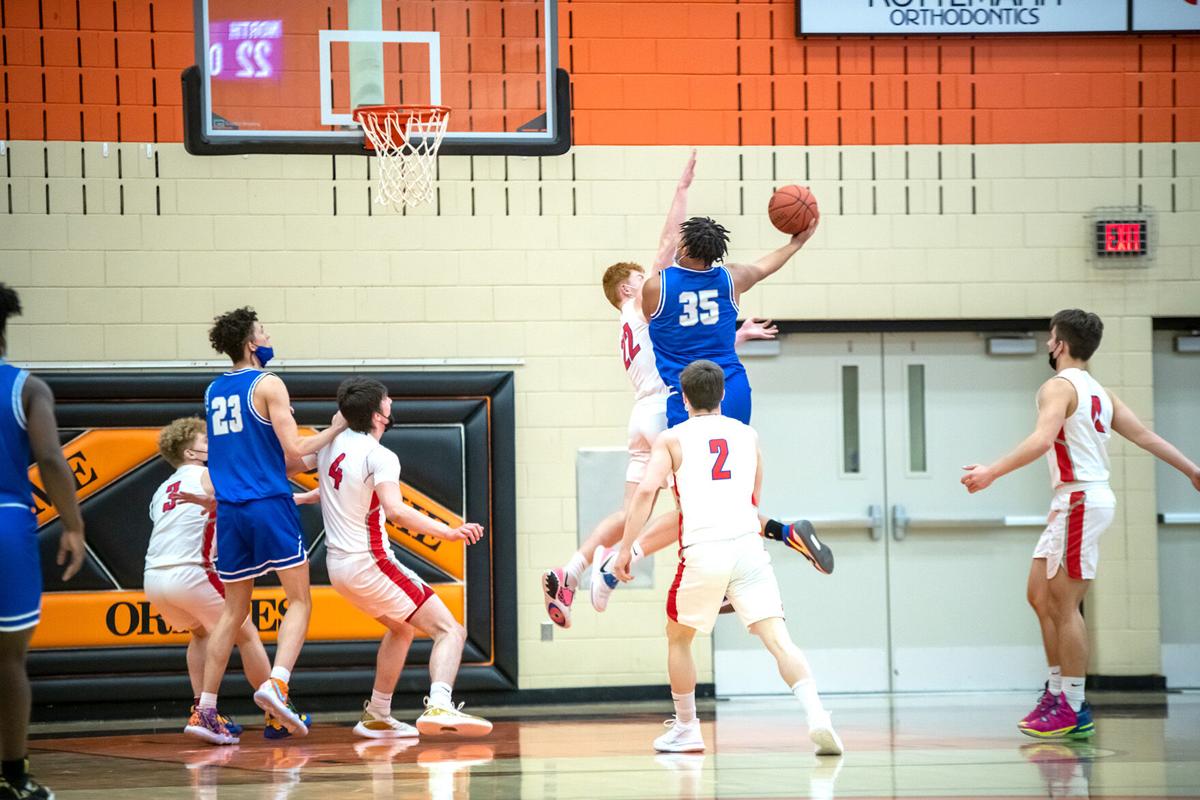 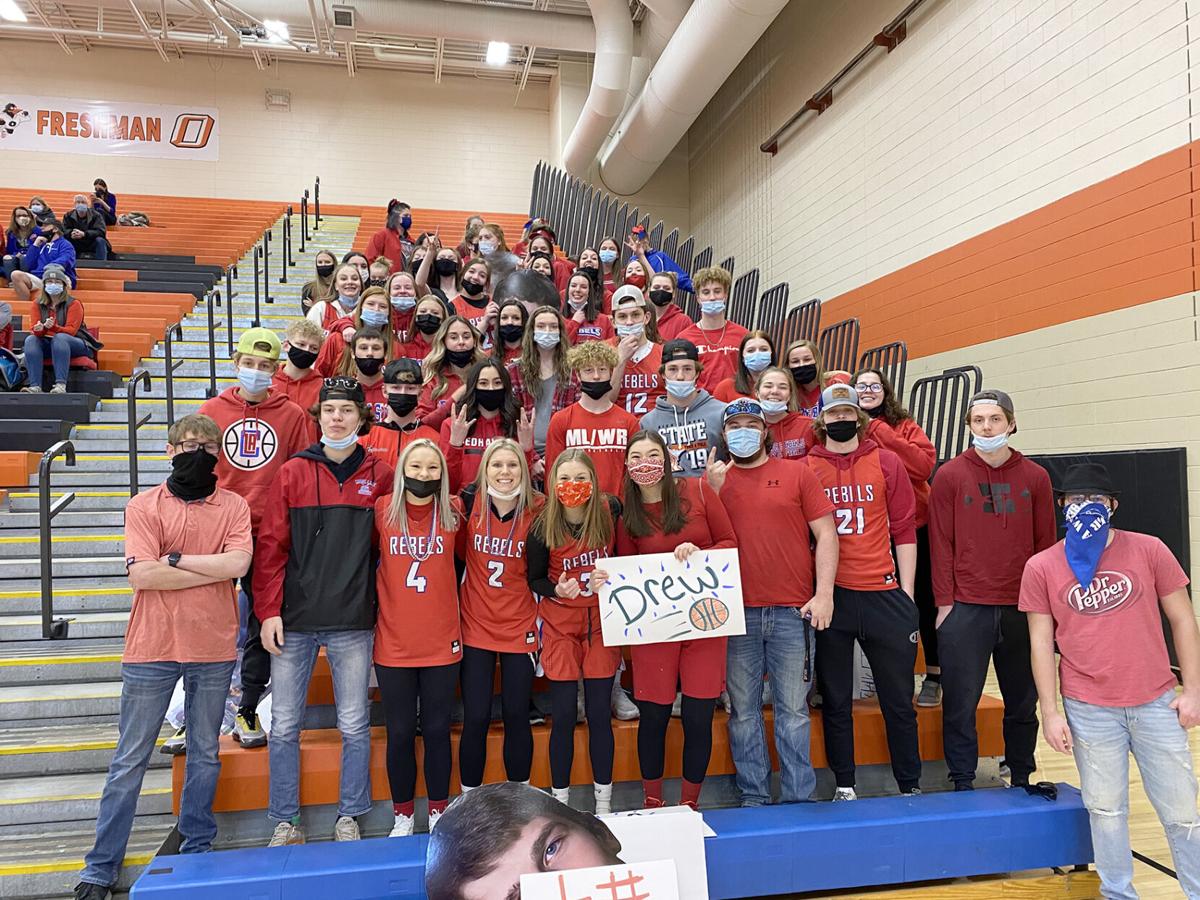 The MLWR students got to attend the state playoffs at Osseo. 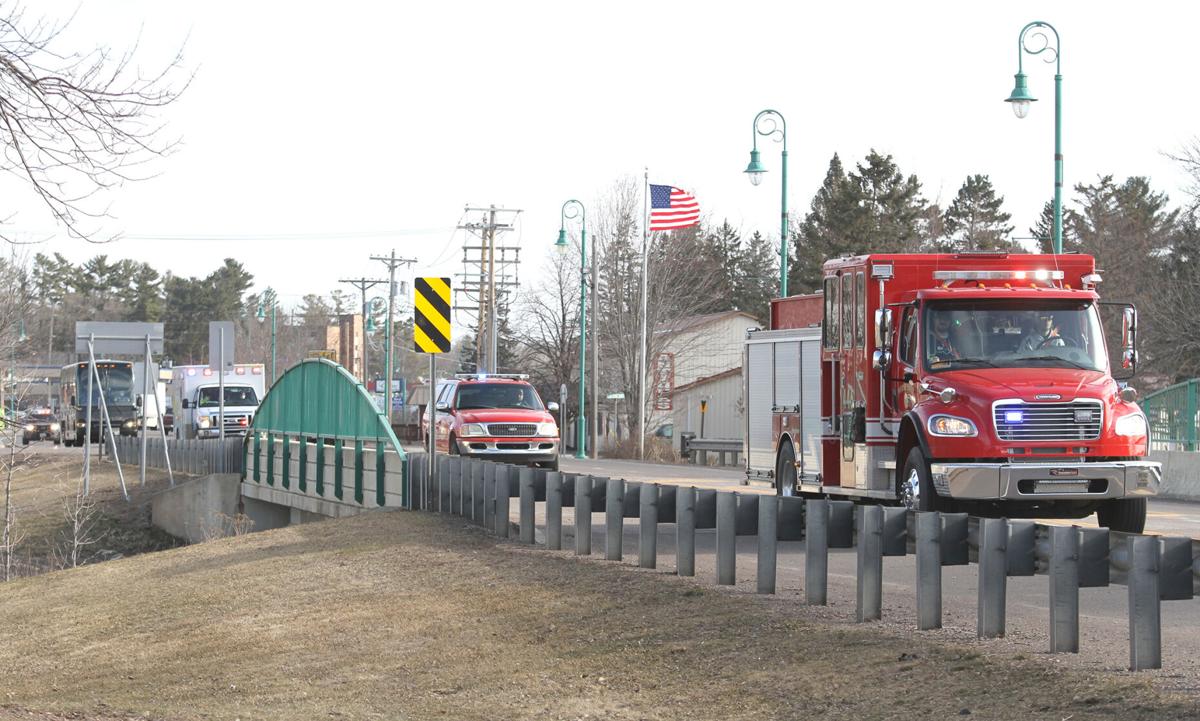 Moose Lake Willow River Rebels boys’ basketball team qualified to represent Section 7AA in the Minnesota Boys’ State Basketball Tournament when they defeated Pequot Lakes for the section championship. The only other time the boys’ basketball team has qualified for state playoffs was in 2005. Seeded number one in the North for the state tournament was Minneapolis North Community Section 5AA champions, Caledonia was second, St. Croix Preparatory Academy third and Moose Lake Willow River fourth. The state brackets pegged the first team in the North to play the fourth team in the North in the first round of the state quarterfinals at Osseo High School on Wednesday, March 31. The winner of that game played at the Target Center on Wednesday, April 7 at 2:00 p.m. Because of COVID restrictions the loser will not play in the consolation championship rounds. The state Class AA championship game is on Saturday, April 10 at 3:00 at the Target Center.

The MLWR Rebel boys greeted the elementary kids outside at the school before they boarded the bus for the send-off parade through Moose Lake, Sturgeon Lake and Willow River.

The Rebels were outsized by the Minneapolis North Polars’ team, that had 10 of their 13 players six feet or taller. Forward Davon Townley, Jr. was a big force inside, and scored whenever he wanted to. He has signed to go to Penn State to play football. The only team that defeated the Polars during the year was Minnehaha Academy, Minneapolis. To get into the state tournament, the Polars defeated Southwest Christian, Chaska 102-48, Litchfield 60-38 and Holy Family Catholic, Victoria 84-47.

The Rebels came out strong and kept the game close during the first fifteen minutes of the contest, down 16-19 with 5:50 left until the half. The players went into the locker room trailing 21-32 at the half-way mark.

In the second half, the North Polars outscored the Rebels 39-19 to win the right to go on to play in the Target Center with a final score of 71-40.

Minneapolis North player, Clifford Brown told one of the MLWR student fans how great it was that the student body came to the game and showed support for their team. MLWR used all 110 tickets they were allotted for the first round of the playoffs. North did not have a student section.

Head Coach Wes Cummins said, “I think we’re one of the best teams in the state…If we would have pulled somebody else, I think we maybe could have moved on, but it is nothing to hang your heads about.” He also stated, “This is what the state tournament is all about. A bunch of kids that grew up playing together and dreaming about the big stage!” This group of Moose Lake Willow River Rebels did just that. Thanks for the memories and entertainment Rebels. Thanks to the area communities for all the support shown for this 2020 state tournament team.