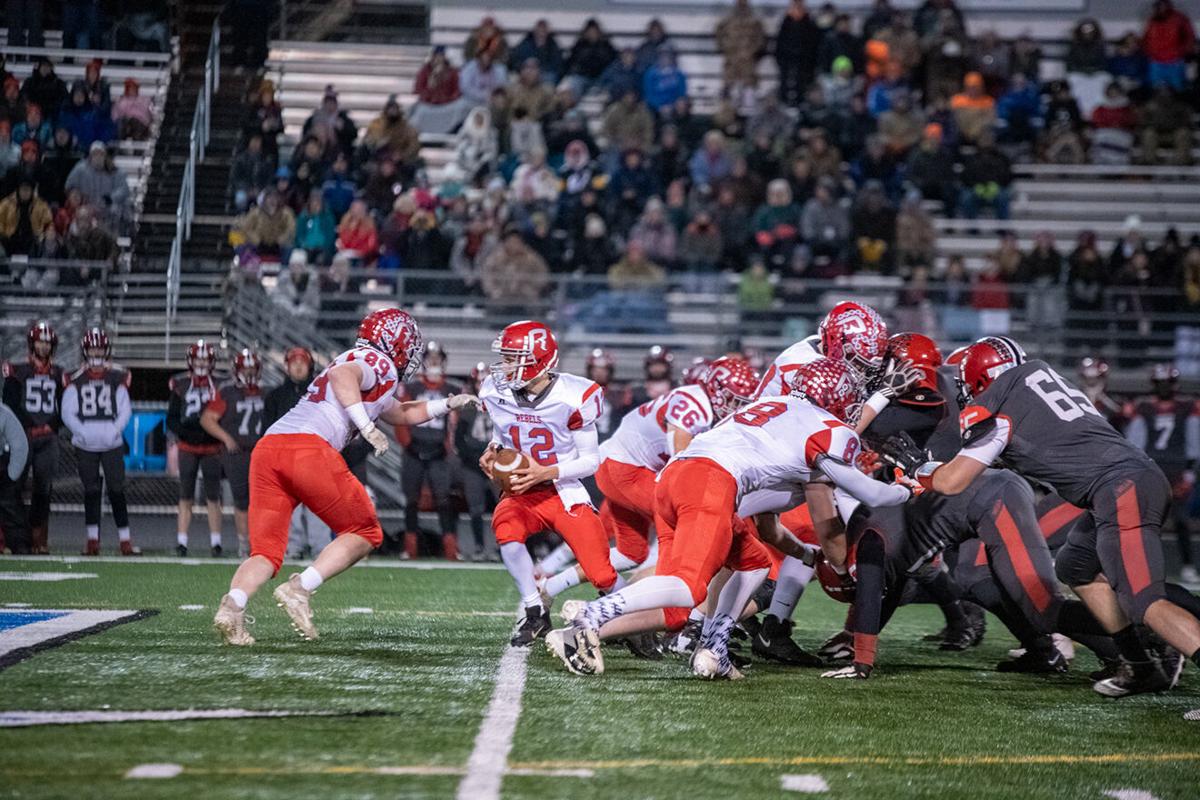 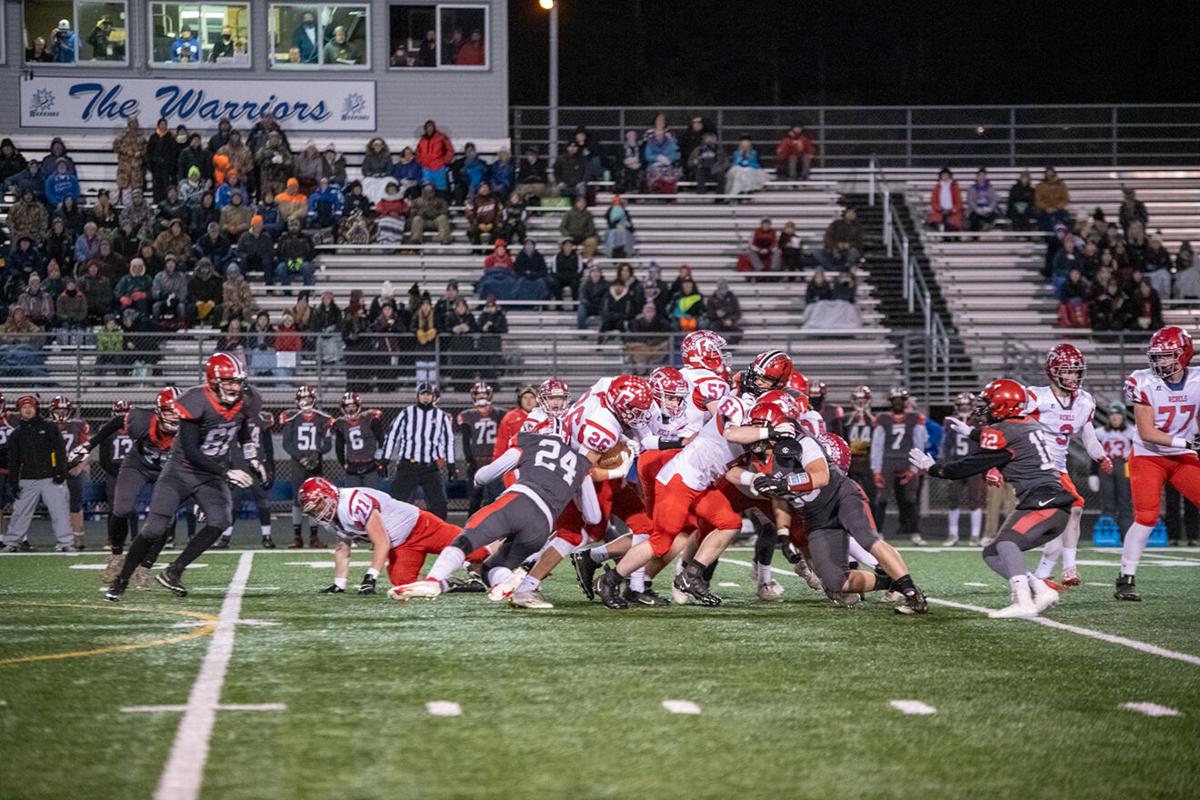 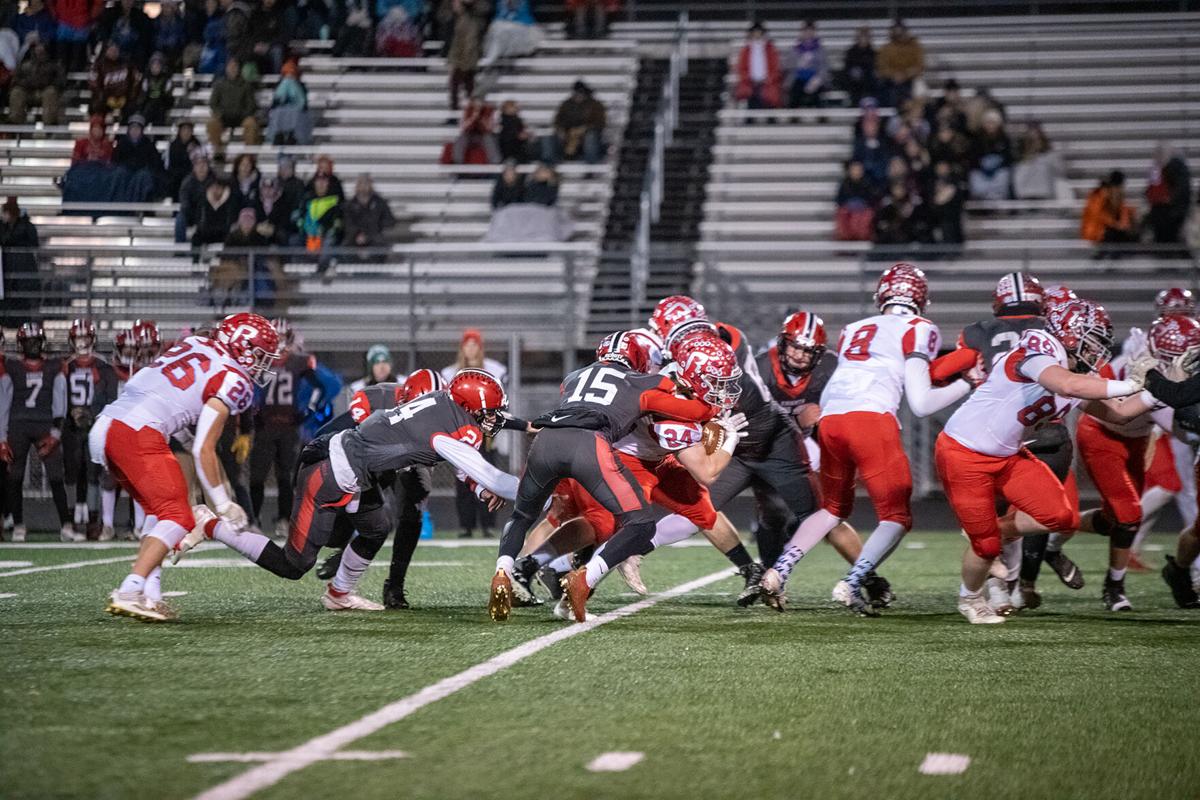 Rebels finished in the top eight teams in Minnesota

The Moose Lake/Willow River Rebels football team fell to the Knights of West Central Area/Ashby in the kickoff to the Class AA Minnesota State High School Football Tournament. The final score of the game was 14-6 in favor of the Knights.

There were only eight Class AA football teams left in Minnesota that were still playing. Eden Valley-Watkins defeated Barnesville 34-20; Chatfield over Minneapolis North Community 50-20; Maple River over Pipestone Area 39-20; and West Central Area/Ashby defeated Moose Lake Willow River 14-6. The winners of last week’s games will play in the semi-finals on November 18 and 19 in the U.S. Bank Stadium.

To start the quarterfinal game, the Knights won the coin toss and deferred. The Rebels took it down to the Knights 20-yard marker. A false start moved the ball to 25-yard line and a Rebels’ fumble gave the ball to the Knights’ passing attack offense. After several Knights’ and Rebels’ incomplete passes, the first quarter ended without a score.

In the second quarter, the Knights ran their passing offense, completing a 25-yard pass for a first down. Alex Watrin got to the Knights’ quarterback, Evan Paulson, sacking him for a seven-yard loss. A false start turned the ball over to the Rebels, but after a couple first downs, the Rebels turned it back to them. Knights’ running back Anthony Sykora (No. 11) ran a three-yard play into the end zone for the first score. The kick was no good. Knights led 6-0. The Rebels threatened to score on fourth down and two-yards to go on the Knights’ three-yard line but failed to get it in. The Rebels turned it over on downs. Nick Jusczak got the first of his two sacks of the game to end the half.

To start off the second half, the Knights were on offense because they had deferred in the first half. Cole Anderson ran behind the Rebel defense, snatched a pass from Paulson and scored a 24-yard touchdown. Knights led 14-0. After the Rebels turned it over on downs, Duane Broughton got to Paulson for a sack and loss of 4.

In the fourth quarter, with 5:23 remaining in the game, Logan Orvedahl took it in 9-yards for a Rebels’ touchdown. The two-point conversion failed. Knights led 14-6. The Rebels made-an-attempt at some late game heroics by forcing a fourth quarter turnover, but the Knights’ defense prevailed.

The Knights’ defense, with eight players up in the box, contained the Rebels’ running backs, while getting 243 passing yards and a touchdown pass from their quarterback.

The Rebels’ offensive was led by Jackson Thompson with 112-yards. Orvedahl rushed for over 1300 yards in the eight previous contests, was held to 73 difficult yards by the Knights.

In 2017 the Rebels defeated West Central Area/Ashby in the state quarter-finals in a blizzard in Brainerd.

Rebels’ statistics specialist, Matt Niedzielski, said, “Thank you for the three-month journey, that was filled with memories and emotions that will not soon be forgotten. Thank you for reminding us what it can feel like when a community comes together to support one another.” He also stated, “Thank you for giving us such a wonderful distraction from our daily routines. Thank you for giving all of us something to truly cheer for and embrace.” Niedzielski went on to say, “While the journey may have ended a bit sooner than we had hoped, it is at this time I am reminded of the words of a wise Rebel great, “The sun will come up tomorrow, and Rebel Nation will shine again.”

After every game, Coach Dave Louzek says, “it’s all about the kids. It’s not about coaching records or championships. It’s about the kids having fun and coming together as a family and learning some life lessons.”