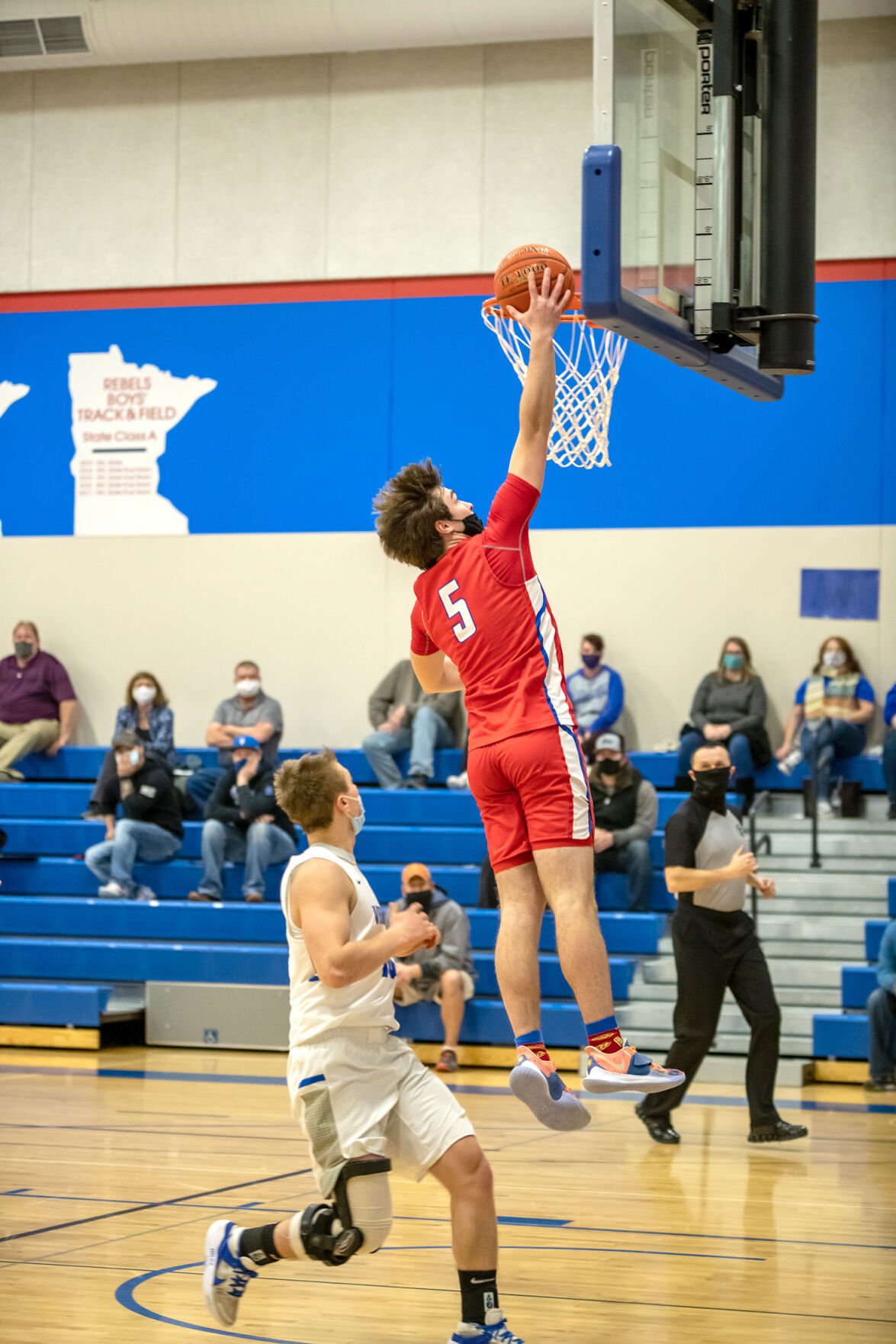 Landin Kurhajetz (#5) drives in for two in the Proctor game. 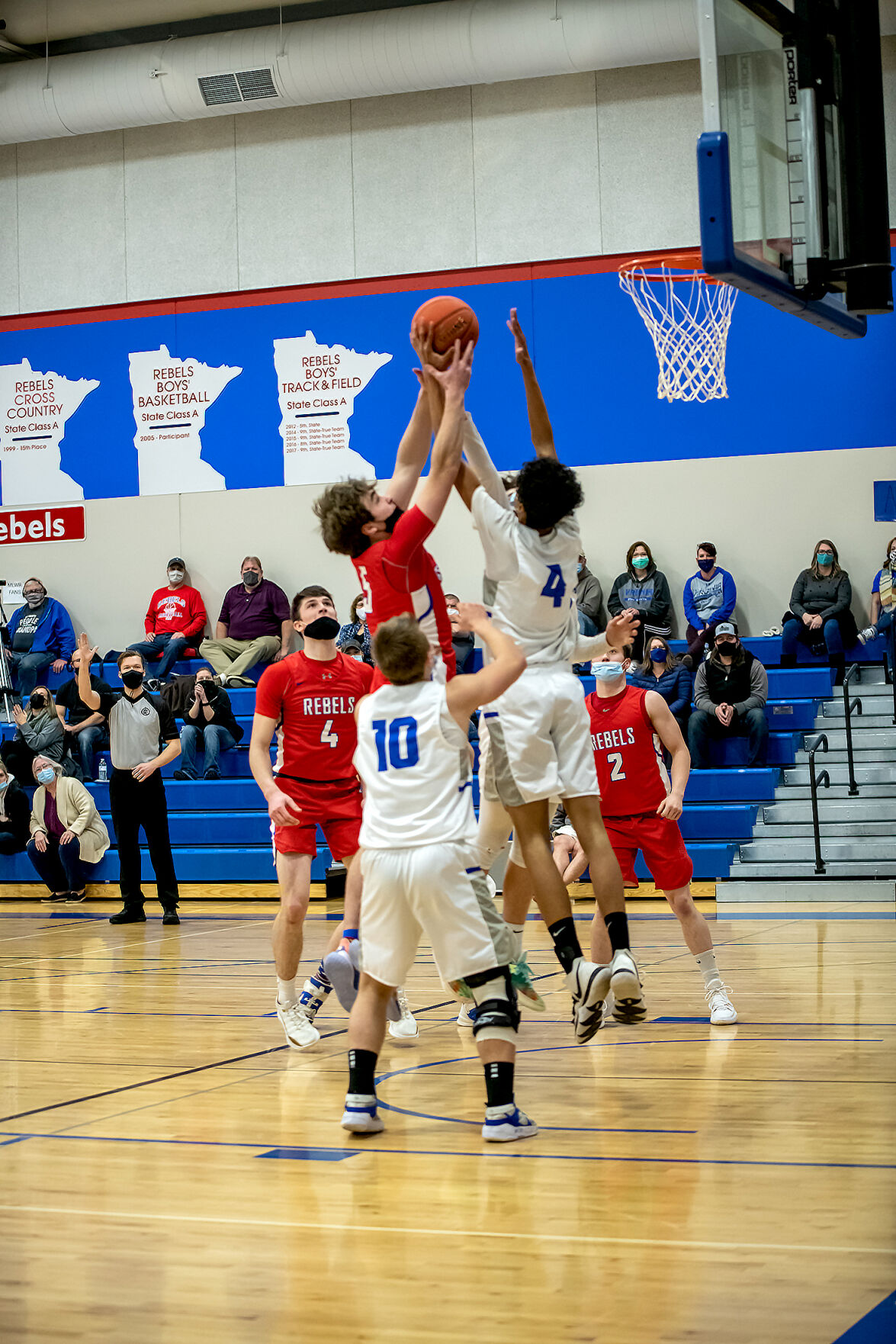 Brady Watrin (#4) and Duane Broughton (#2) look on as Landin Kurhajetz leaps to get the rebound. 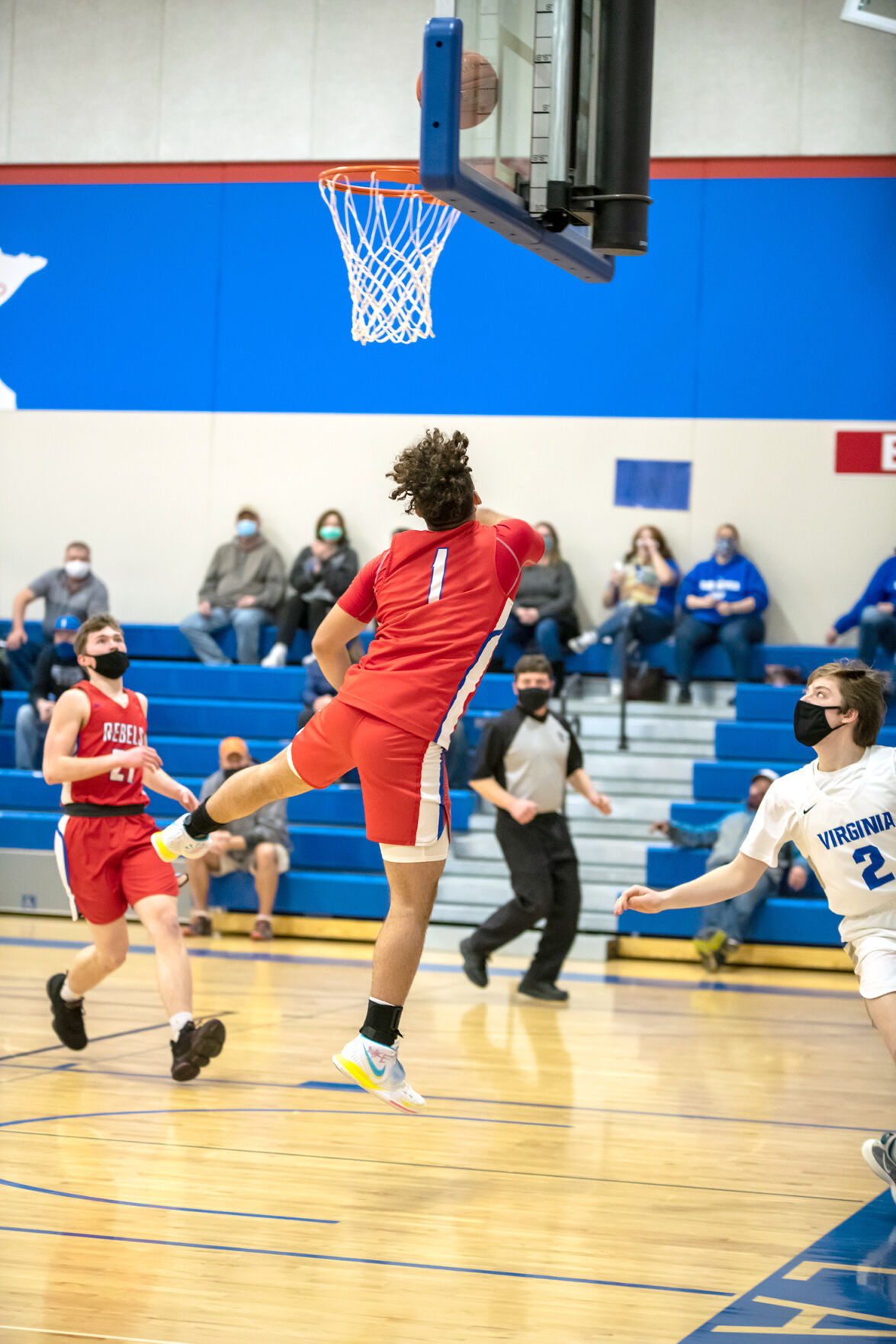 Phillip Sheetz (#1) goes up for a lay-up while Drew Danielson looks for the rebound.

Rebels boys’ basketball is now at 11-1 for standings, they won both of their last games. The Rebels play next against Duluth Marshall on Thursday, March 4, away.

Landin Kurhajetz (#5) drives in for two in the Proctor game.

Brady Watrin (#4) and Duane Broughton (#2) look on as Landin Kurhajetz leaps to get the rebound.

Phillip Sheetz (#1) goes up for a lay-up while Drew Danielson looks for the rebound.

Moose Lake Willow River (11-1) boys’ basketball team won both of their games on Monday February 22 and Tuesday the 23, against Proctor and Virginia.

The Proctor Rails and their new coach came to the Moose Lake gym Monday. The Rebels were ready for a game and buckets came effortlessly. The intense man-to-man defense held the Rails to 26 points the first half while the Rebels scored 55. The boys were having a good time, feeding each other the ball. In the second half, they continued their smooth drives into the basket and draining the threes. Rebels made 74% of their free throws and their two-point buckets. They connected eleven times on their three-point shots. Overall, they made 66% of their shots for the night. The final score was 105-52. MLWR demonstrated great basketball skills and they were having fun.

The next day, Tuesday, the boys were back in the Moose Lake gym hosting Virginia. They didn’t let-up, their enthusiasm and skills were shining, sinking 15 three-point shots. The Rebels made 65% of their field goals to continue their winning streak. At the half, the score was Rebels 61, Virginia 20. Everyone got in the game. The final score was 88-47 Rebels.

Sheetz made four from the arc and finished the game with 20 points. Watrin ended the game with three threes and 19 points. Orvedahl, Sam Dewey, and Olson put in two from beyond the arc. Olson scored 18 points, followed by Sam Dewey with 10, Danielson 8, Orvedahl 7, Adam Neumann, Kurhajetz, and Broughton each had 2. The team once again was 65% accurate on their field goals, making 42% of their threes. They stole the ball 11 times from the Blue Devils.

The Rebels JV won both of their games, defeating Proctor 70-43 and Virgina 77-54. It was a great week for the Rebels basketball family.

The Rebels are still number one in the state for points scored in games, with 88.6. They will have played the undefeated, 12-0 Melrose, ranked number four in the state, on Monday night, after the newspaper deadline. The MLWR team is ranked number 16 in Minnesota.

The Rebels will travel to Duluth Marshall on Thursday, March 4 and Wrenshall High School will come to Moose Lake on Tuesday, March 9.