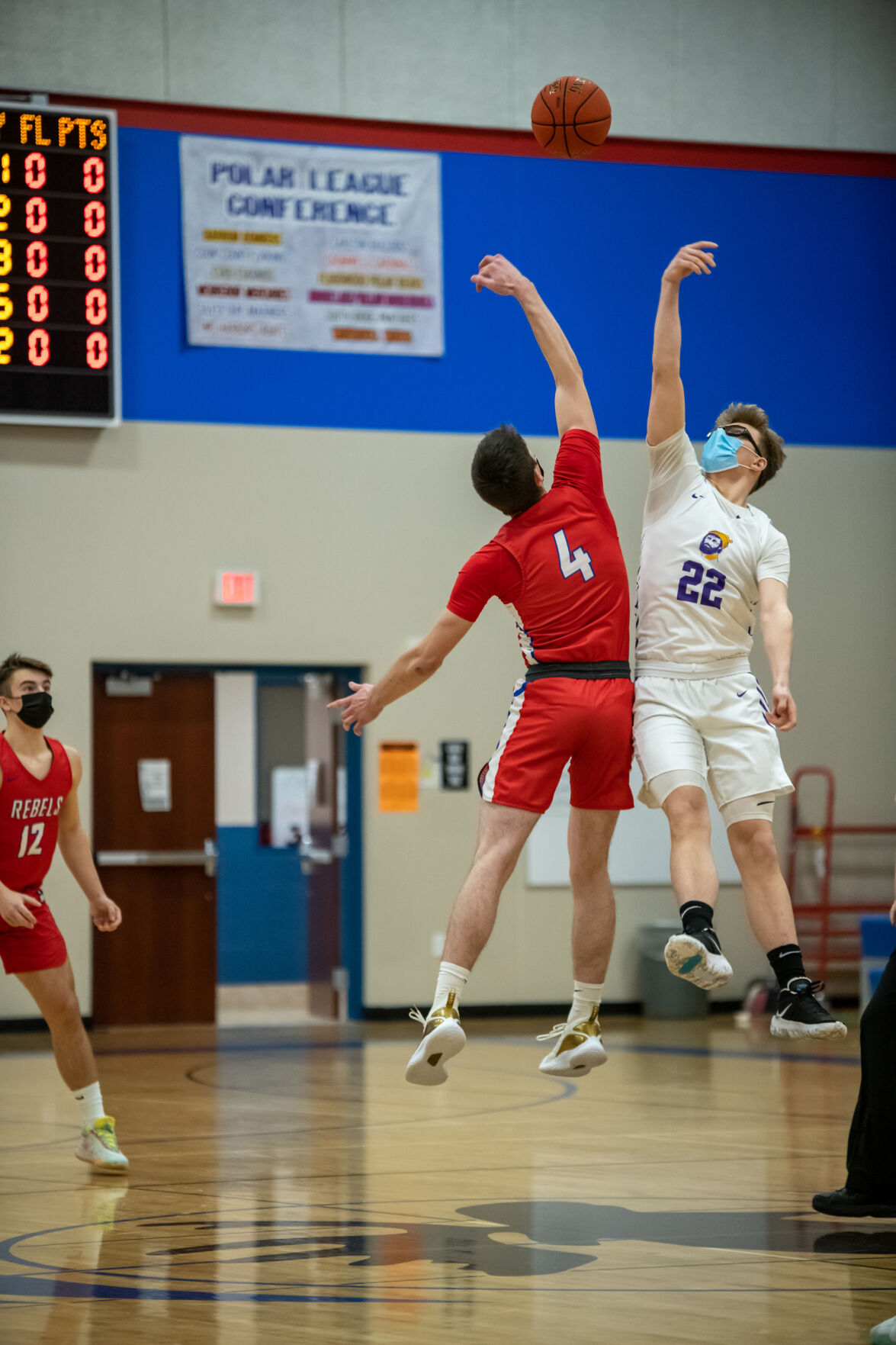 Rebel Brady Watrin (#4) goes up to start the game with the jump ball against Cloquet's Dylan Heehn. 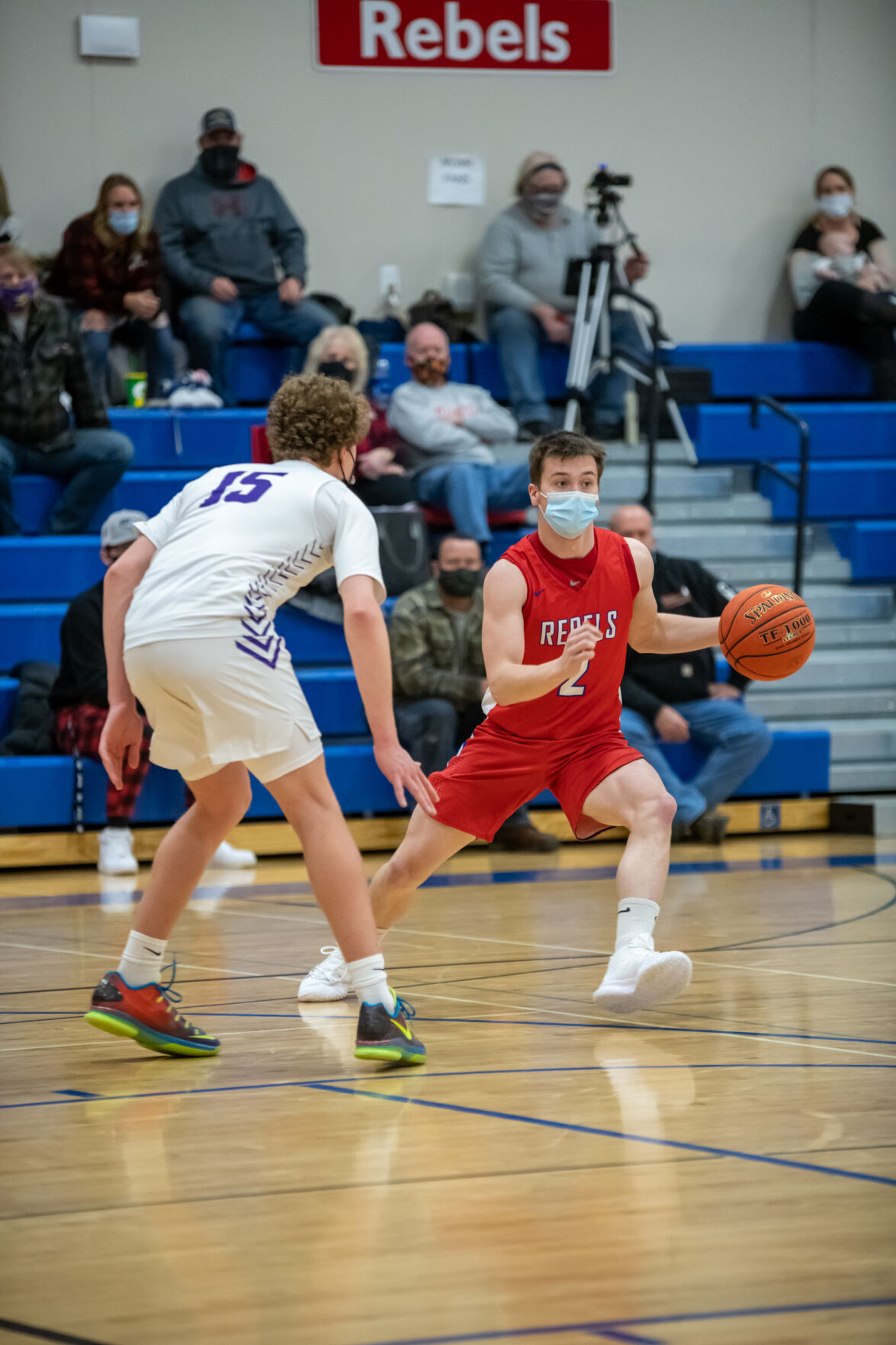 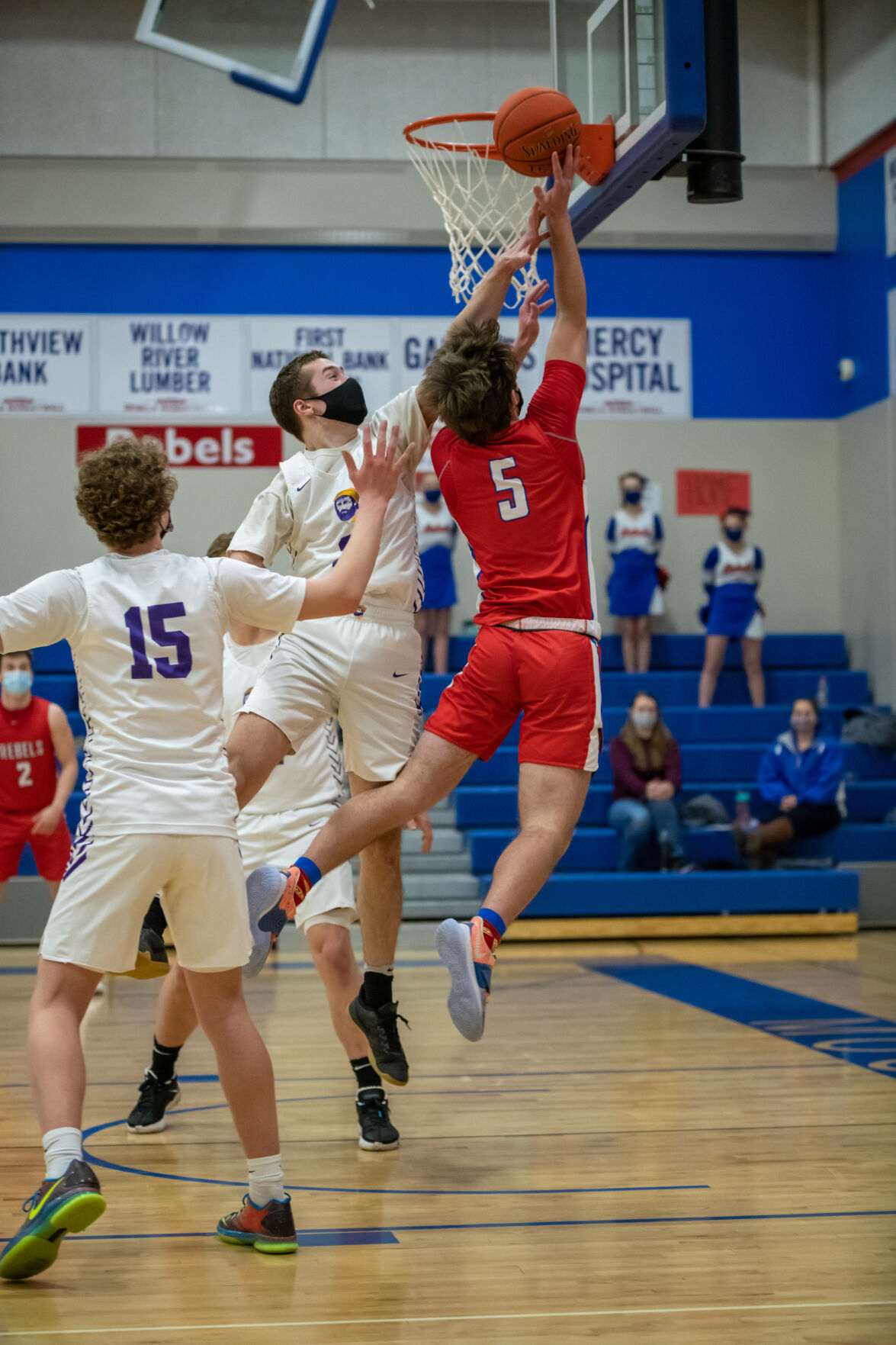 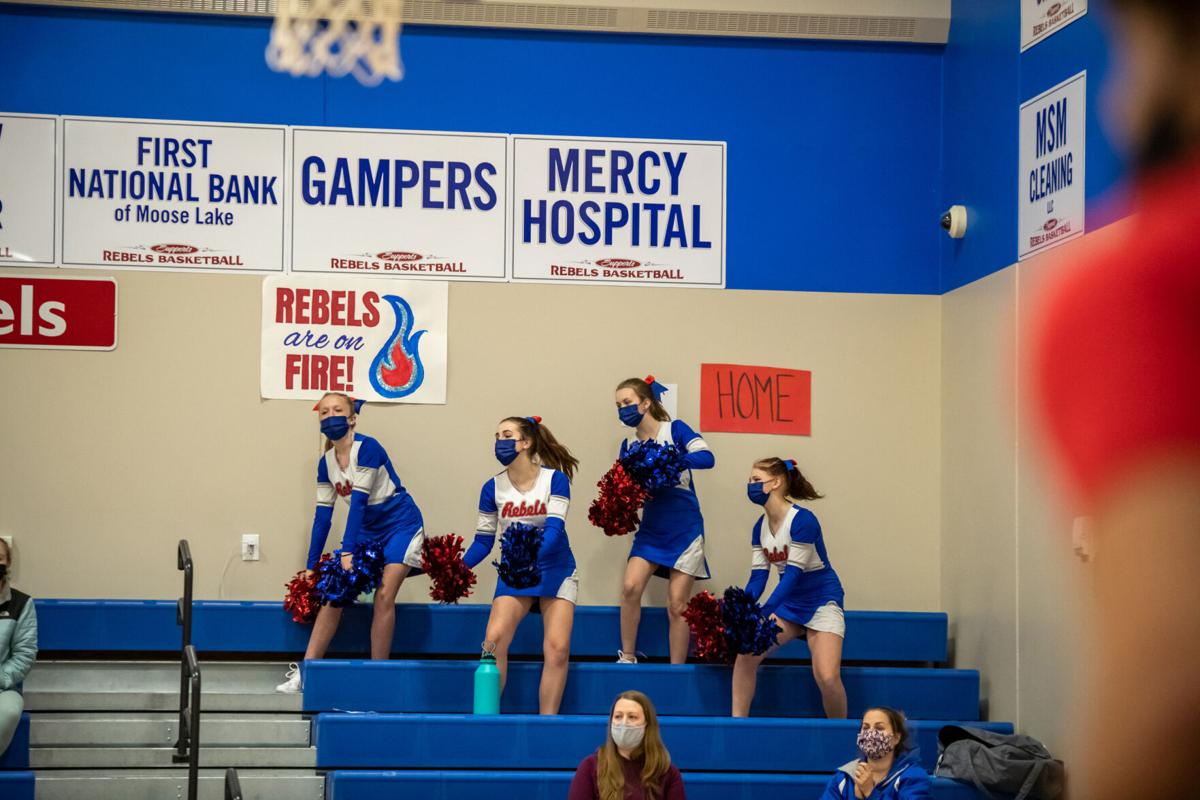 Rebel Brady Watrin (#4) goes up to start the game with the jump ball against Cloquet's Dylan Heehn.

Cloquet Lumberjacks were 5-3 with only one loss in their Section 7AAA standings. To start the game, Brady Watrin jumped in the center circle, batted the ball to Mason Olson who dished it off to Phillip Sheetz in the corner for three. After ten minutes of play the Rebels were down one, 22-23. They switched to a zone defense and it was very effective in keeping Cloquet from getting their inside shots. At the half, the Rebels led 43-33. Olson had 19 points to end the half. Cloquet’s Conner Barney had 14 and Adam Schneider nine. Over half of the Cloquet varsity squad are seniors.

On Thursday, the Carlton Bulldogs (4-3) were in the Moose Lake gym. The Rebels got off to a fast start scoring. Watrin had 17 points by half-time and the score was 43-20. Many players for MLWR got into the game. MLWR won 90-35. The Rebels made 11 for 15 for 73% from the free throw line. Watrin led all scorers with 22, Orvedahl had 12, Olson 11, Sheetz and Carter Johnson with 10, Duane Broughton, Sam Dewey and Chance Lunde each had 6, and Drew Danielson with 4. Orvedahl led the team in rebounds with 8 and Watrin had 7. The Rebels were 66.7% for two-point shots and 29% for three-point shots. Watrin, Dewey, Olson, and Johnson made 100% of their free throws. Seven of the 12 players on Carlton’s roster are seniors.

This past week, the MLWR JV team won a close one against Cloquet 53-50 and they defeated Carlton 90-35.

As of Monday, February 15, Minnesota Scores has MLWR Rebels at ninth in the state. This ranking is based on the difficulty of the teams each team has played and is a formula created to rank teams in different parts of the state. In first place is Minneapolis North, followed by Waseca, Caledonia, Annandale, Mora, Blake, Fergus Falls, Albany, and MLWR. Pequot Lakes dropped to 16th and Melrose is 11th.

In Section 7AA, MLWR is in first place, followed by Pequot Lakes, Pierz and Duluth Marshall.

On Friday, February 19, Barnum will come to Moose Lake for the game. MLWR is number one in the Polar League-Big and Barnum is second, Esko third, South Ridge fourth, Two Harbors fifth and Cook County sixth. Monday, February 22, Proctor will be in Moose Lake. Tuesday, February 23, Virginia will be guests of the Rebels. The games can be viewed via live streaming.