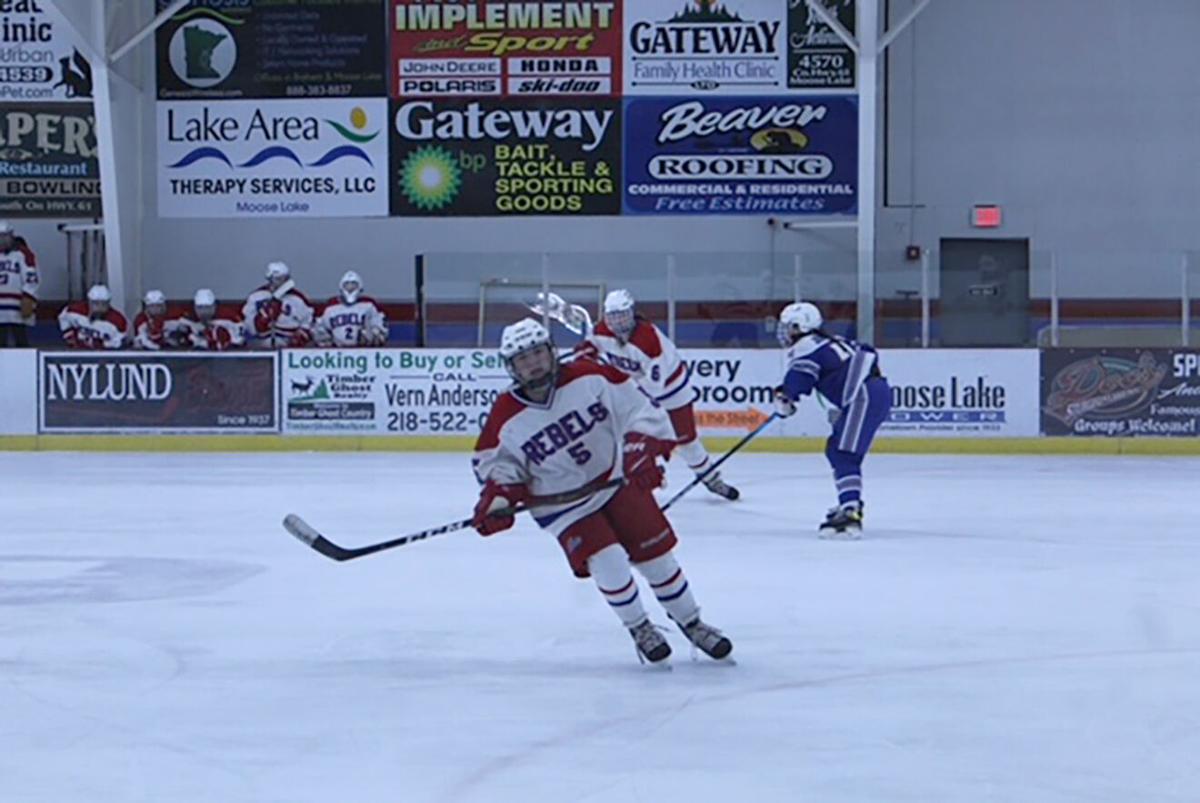 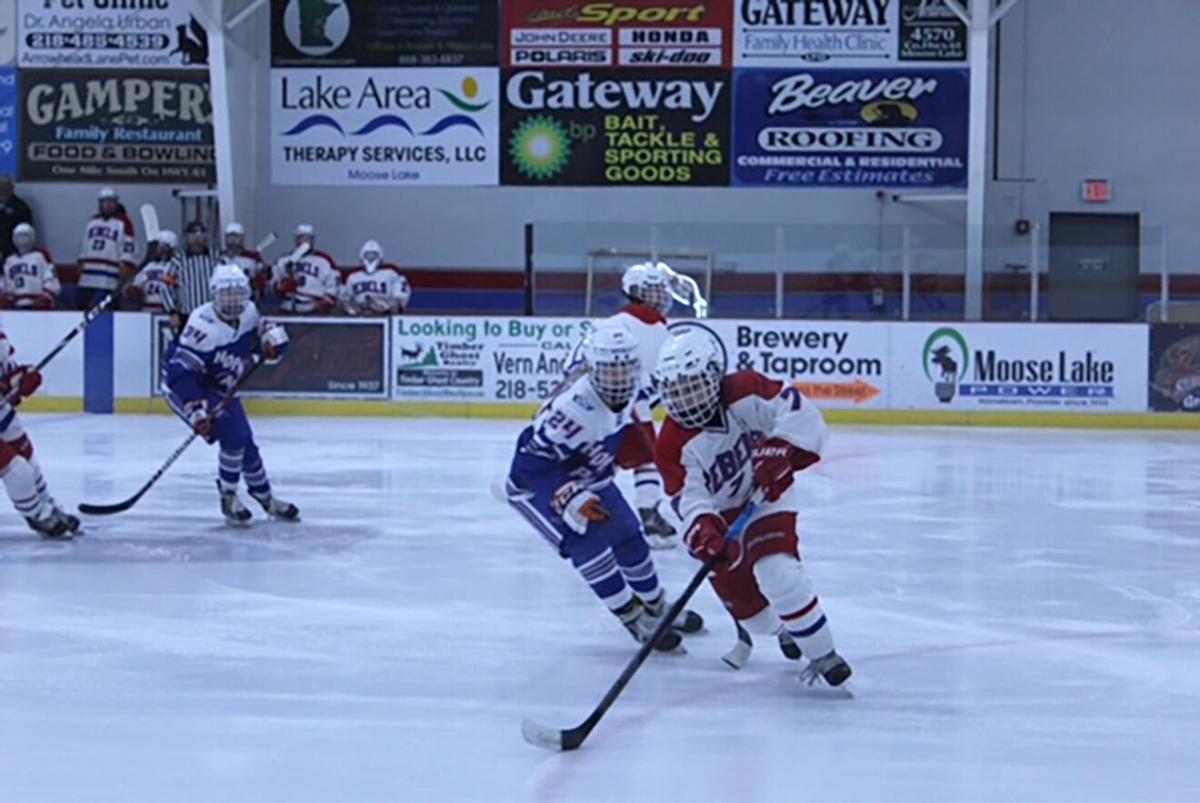 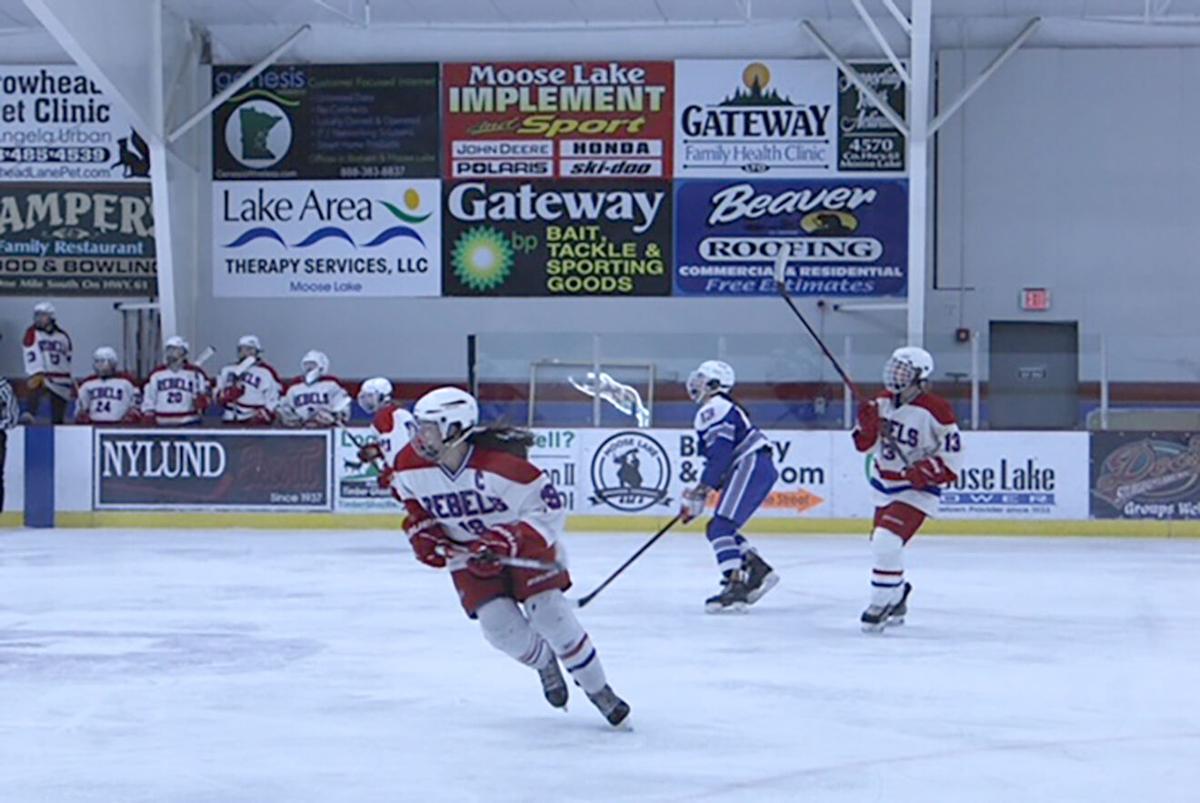 Last Tuesday, November 16 the Moose Lake Area Hockey Association Lady Rebels defended their undefeated title with a 3-1 win at the second game of their hockey season. The girls played the Hopkins Park Royals, and although they put up a good fight, they were no match for the Rebels.

The first period of the game was filled with tension, as both teams fought strong against the other’s defense. The girls raced back and forth on the ice, yet as the clock ticked on and neither team was able to score any goals, all of the girls seemed to grow tired. Nonetheless, they pushed hard until the end of the period.

The second period of the game was when the action started to take place. The girls were merely one minute and fifty-six seconds into the second period when Sophomore Defense Jorja Jusczak scored a goal, assisted by Sophomore Forward Megan Hattenberger. This seemed to light a fire in the players, giving them more energy and motivation, causing them to really up their game. With only about five minutes remaining in the second period, both teams were fighting hard. Suddenly there was a mass of players surrounding the goal, scrambling to take control of the puck, when finally, a second goal was scored by Freshman Forward Mackenzie Hoffman, assisted by Senior Forward Julia Jusczak. The rink was filled with cheers as the game continued to grow in intensity from there, and the number of shots on goal by the Rebels tripled by the end of the second quarter.

In the final period of the game, the Royals seemed to be losing their energy, but the Rebels were still going strong. It only amped the girls up more when three minutes and eight seconds into the third period, Freshman Defense Sandra Ribich scored a third goal for the Rebels, assisted by Senior Defense Raechel Painovich and Freshman Defense Hallie Klavu. With about five and a half minutes remaining in the game, the Royals managed to score a goal, bringing the score to 3-1. Even still, it simply wasn’t enough to take home the win, and the Lady Rebels once again made all of Moose Lake proud.

You can see the Lady Rebels next taking on the Rock Ridge Wolverines on Tuesday, November 30 at the Moose Lake Riverside Arena.