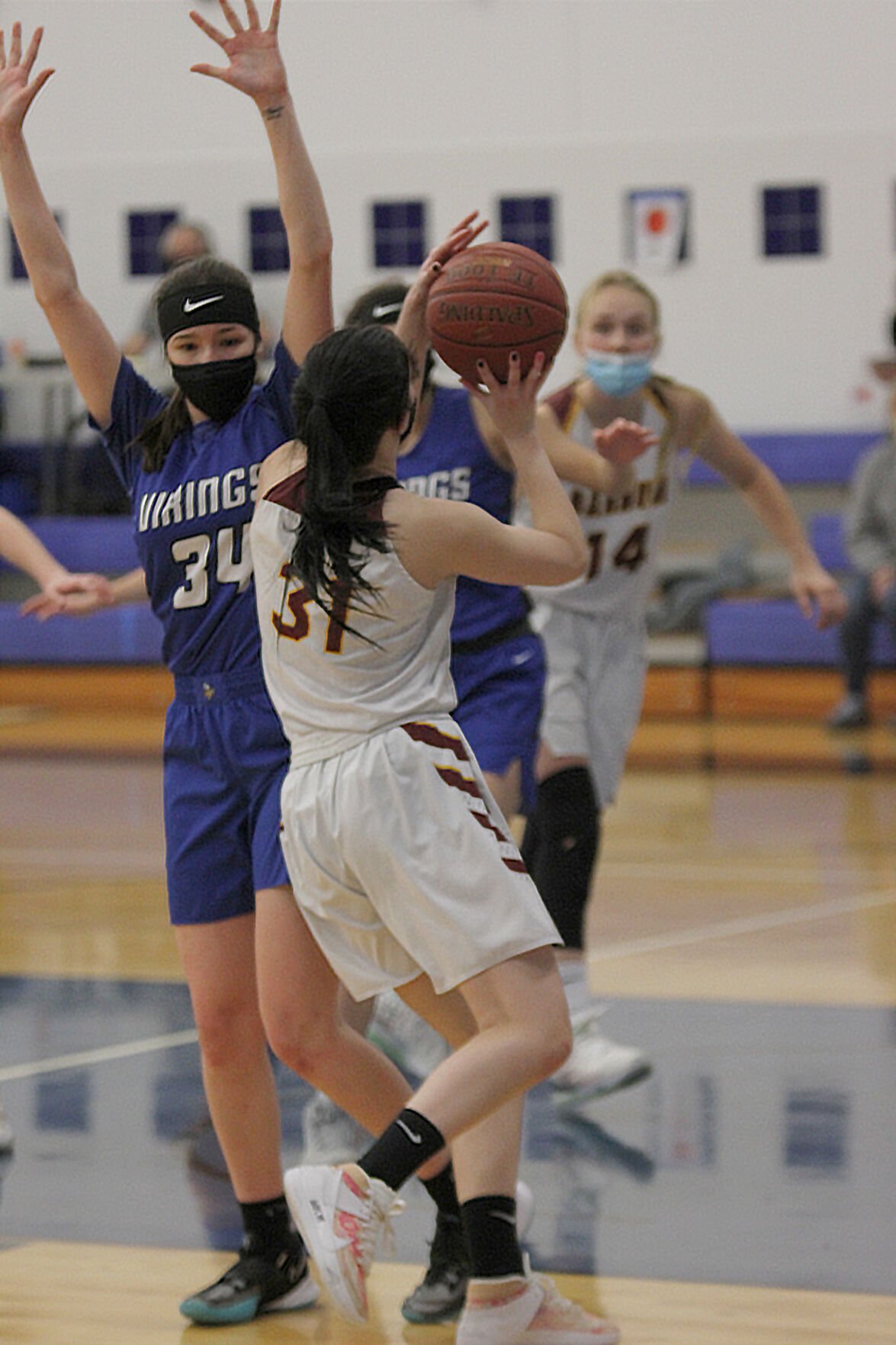 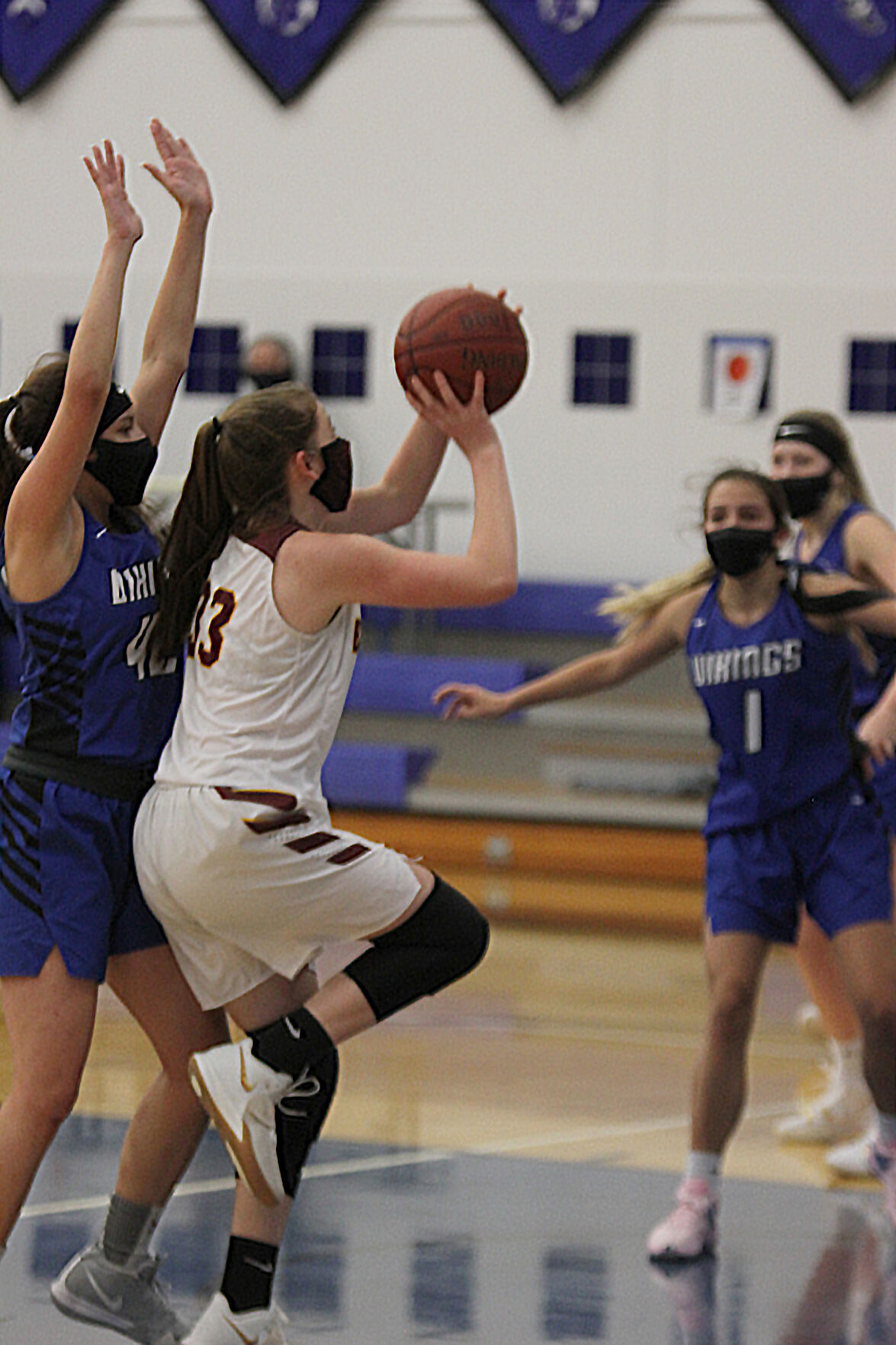 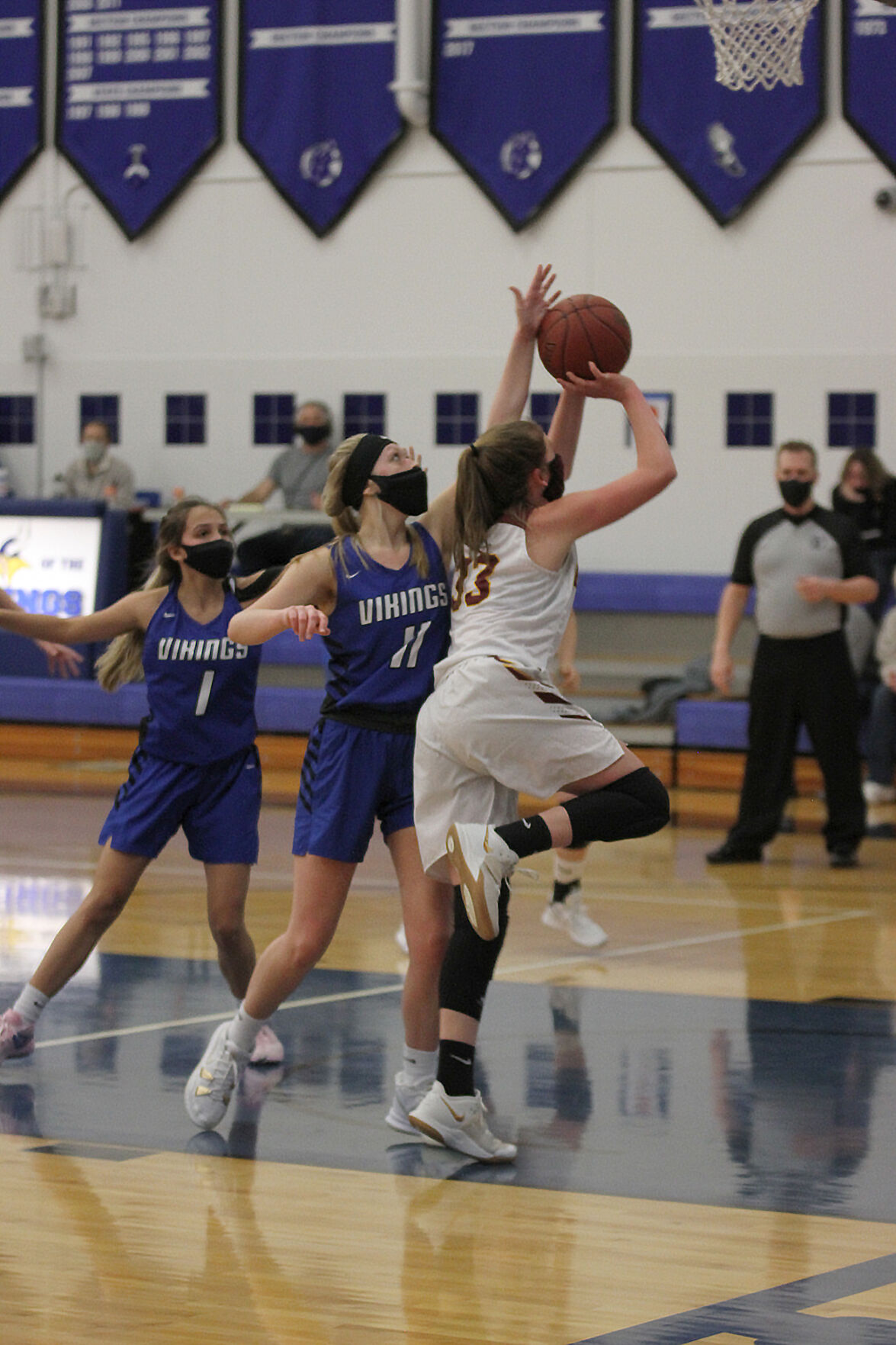 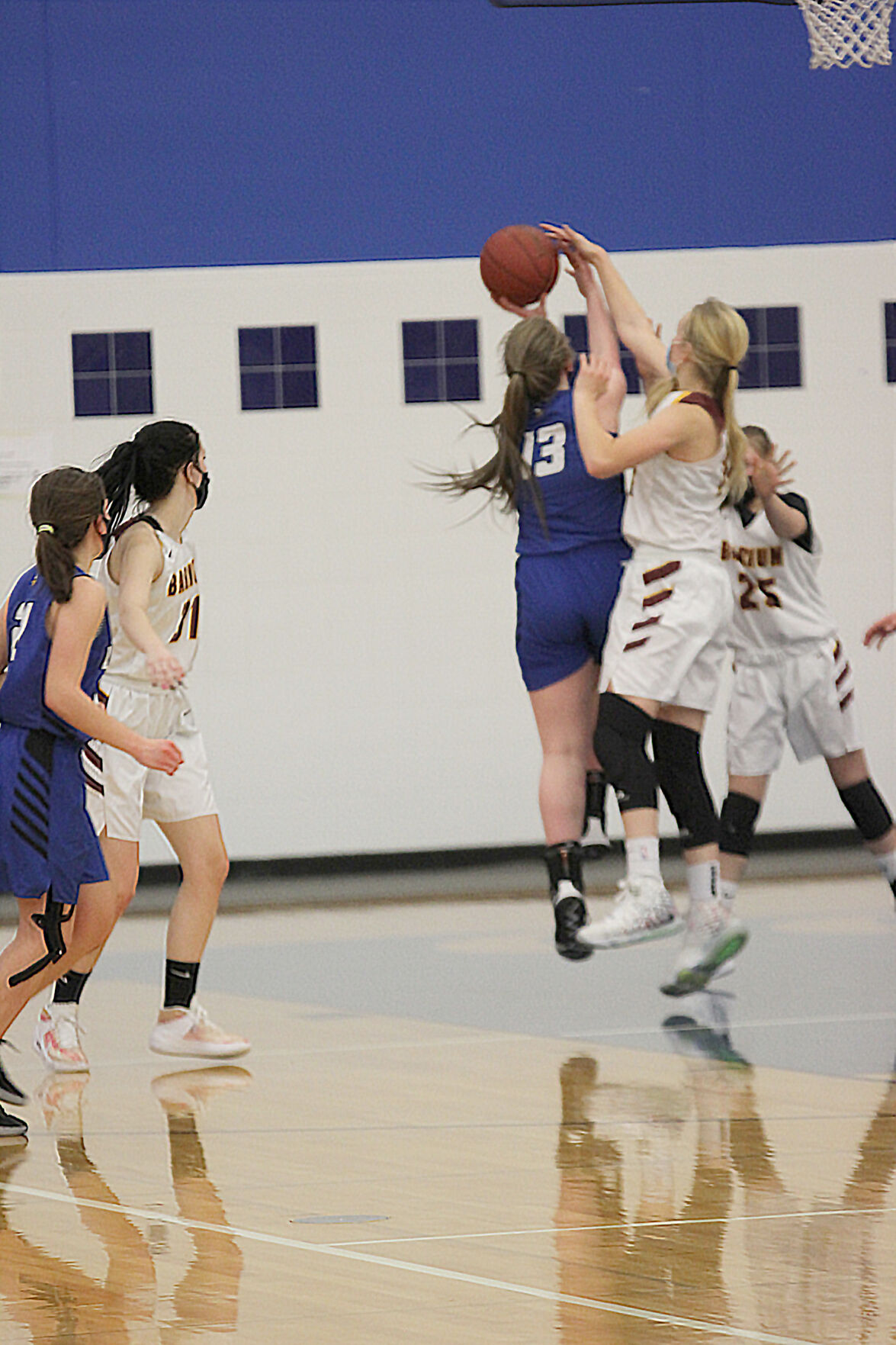 The Lady Bombers lost to Grand Marais with a final score of 70-55. They play next at Carlton on Feb. 11.

The second half would see the Vikings taking control of the game and slowly opening up a lead on the Bombers. Senior Maddie Warnygora would lead the Bombers with 15 points, with Rayna Klejeski following behind with 10 points. Jacinda Wright would put up 9 points all from beyond the arc. Anessa Davis would have 8 points on the night, while Olivia Bogenholm would end the night with 7 points. Kendra Jurek would score for 4 points and finally Alicia Baker would round out the scoring for the Bombers with 2 points. The Bombers would eventually succumb to the Vikings 70-55.