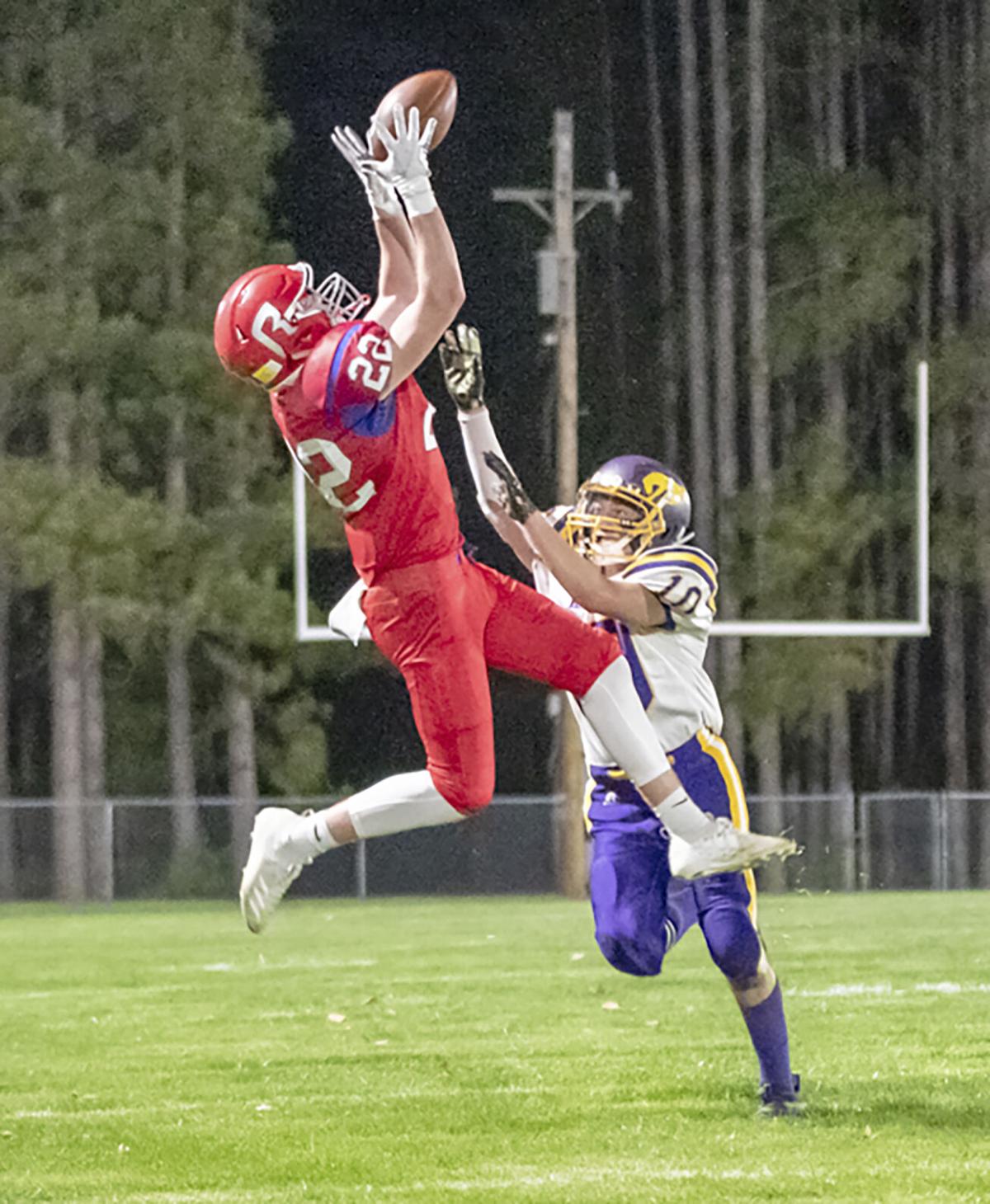 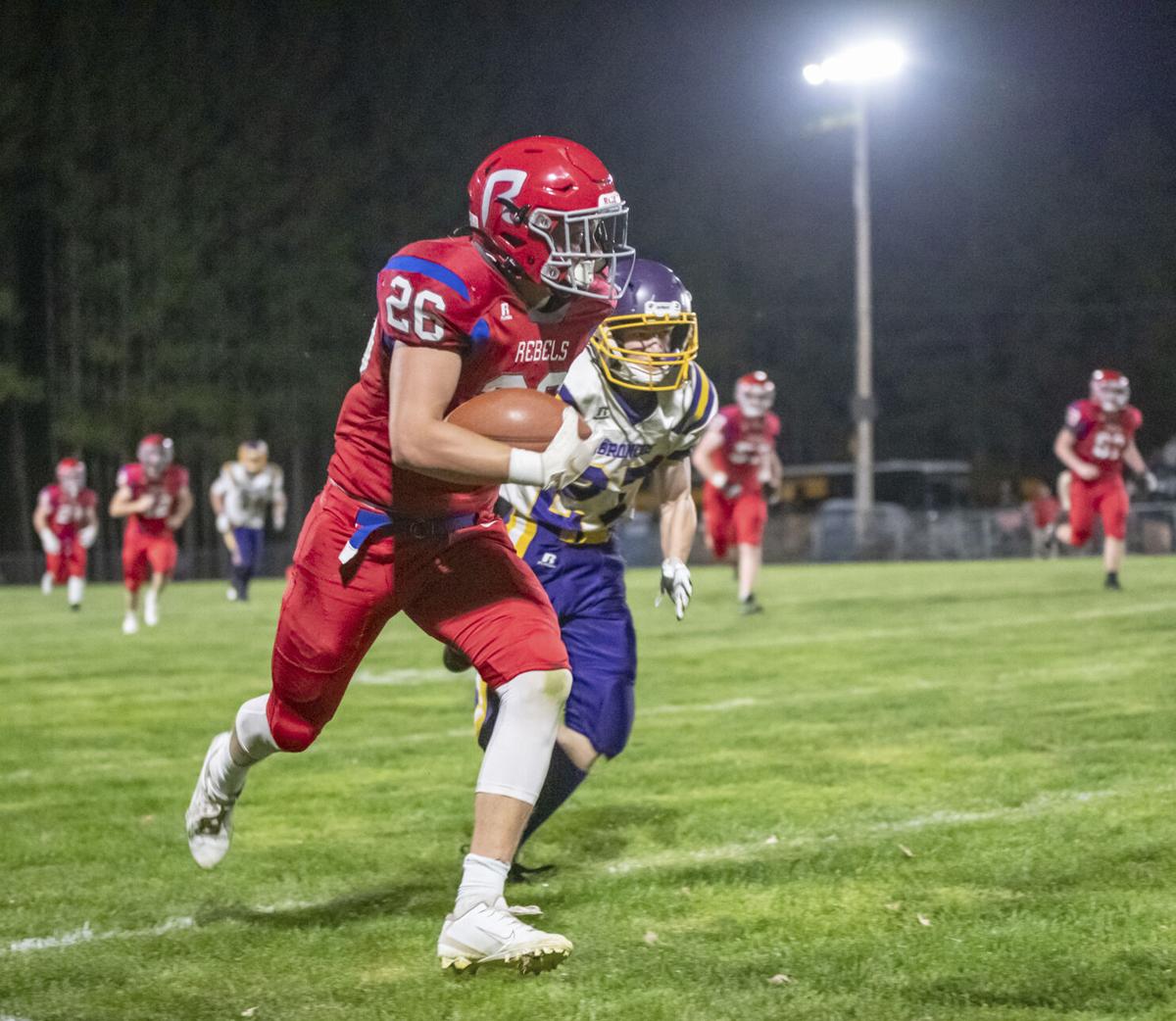 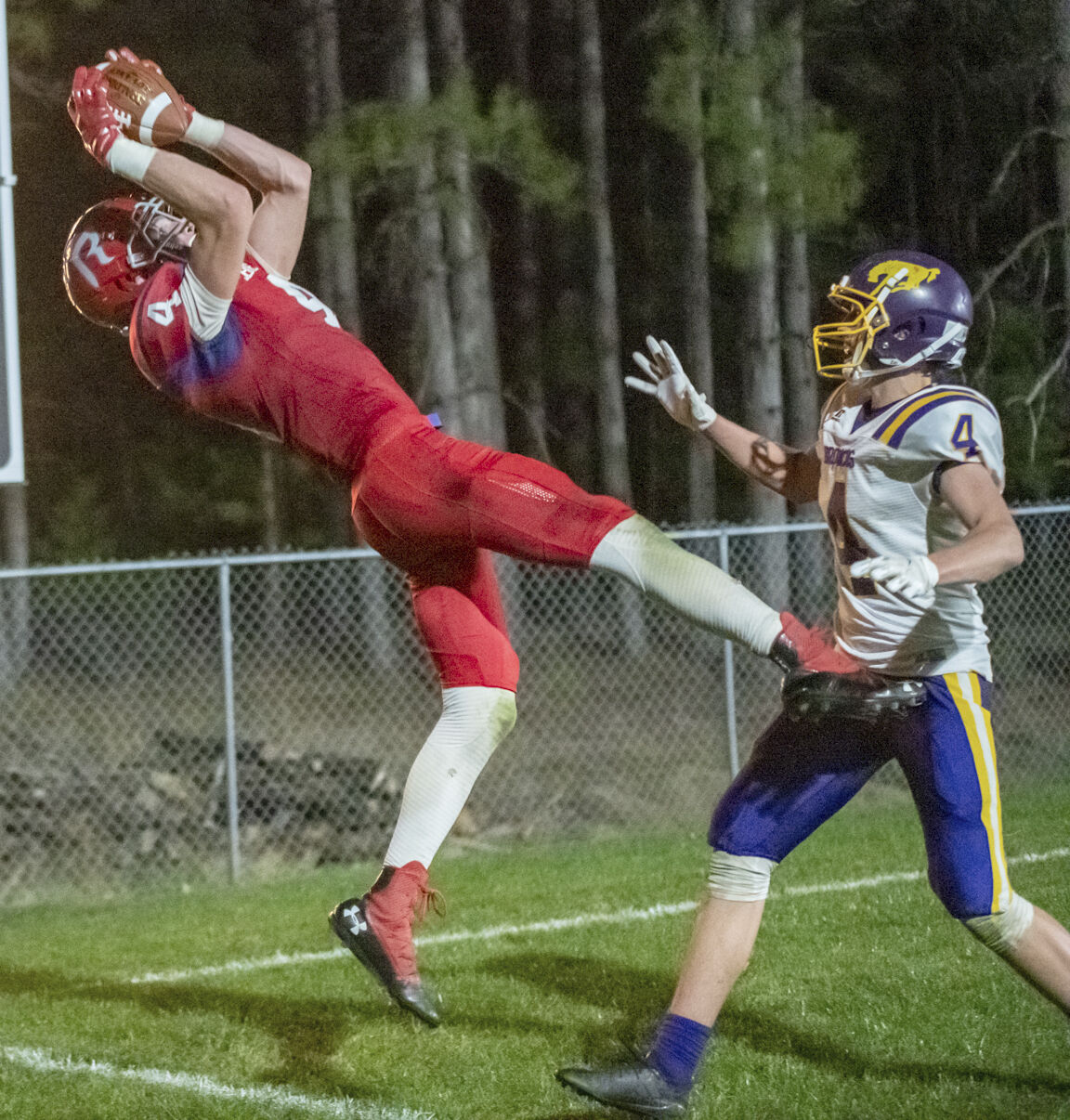 Friday Night Lights are back on at Willow River field

Rebels Football kicked off the season with a victory over the International Falls Broncos on October 9. They play rival team Esko on Thursday, October 15 at 4:45 at Esko.

Friday Night Lights were on and Darryl Herzog had the Willow River field ready to go, October 9, for the first football game of the season. Moose Lake Willow River Rebel team handled the International Falls Broncos easily, with a 56-6 victory.

The Rebels outgained the Bronco 552 yards to 171. Quarterback Mason Olson had 230 passing yards to Broncos 153. There was a major difference in rushing yards, the Rebels gaining 322 yards rushing to the Broncos 18. Rebels had 22 first downs to the Brocos 11. Freshman Jaxsyn Schmidt was leading rusher with 93 yards followed closely by Jackson Thompson with 88 and Logan Orvedahl led in receiving yards with 87 yards.

To start the game, International Falls kicked off to junior running back, Logan Orvedahl, who took it to the 48-yard line. On the third set of first downs, Olson threw a short pass to running back, Blake Juhl.  Juhl came out of the game with a knee injury.

With 7:30 left in the first quarter, the Broncos intercepted Olson’s pass and took possession of the ball. They went three and out and had to kick, this time to running back Henry Ribich, who took it to the 41-yard line. Nearing the end of the first quarter, Olson threw a 23-yard touchdown pass to wide receiver Carter Johnson for six and Ribich ran it in for two more.

The Broncos got their turn, but after a big hit by Adam Olson they were three and out and had to kick to Ribich again. Mason Olson threw a slant pass to Brady Watrin, but it was short of the goal line.

The second quarter started out with Broncos possession, but again they were out after four downs. Rebels scored four touchdowns in this quarter. With 8:55 until half time, Mason Olson threw a 20-yard pass to Brady Watrin for six more points. Olson’s pass to Orvedahl didn’t make it for the extra two points because he was stacked up. Rebels 14 Broncos 0.

Broncos had the ball on third down, Duane Broughton and Alex Watrin brought down the ball carrier and they had to kick it again. This time to Jackson Thompson, who took it to the Rebels 39-yard line. Olson pitched it to Ribich on first and second down and then a pass to Orvedahl, who was tackled on the 22. With 5:42 left in the half, Brady Watrin caught another 20-yard pass for a touchdown and Landin Kurhajetz caught Olson’s pass for the two-point conversion. Rebels 22-Broncos 0.

International Falls, on third down with nine yards to go, ran a crossing pattern, but were stopped by linebacker Ethan Burton and defensive lineman Brodie Hoffman. Jimmy Walker tackled their receiver on fourth down. With 2:59 until the half, Olson pitched it to Orvedahl, who took it 12-yards into the end zone. Conversion failed and the Rebels lead 28-0.

Phillip Sheetz intercepted the Bronco pass on their third down to give the Rebels the ball back. With 57 seconds left, Olson threw a 26-yard pass to Orvedahl in the end zone for six and his cousin, Ribich, ran in the two-point conversion. The half-time score is 36-0 Rebels.

On Rebels third down, Olson handed it off to Orvedahl for a 15-yard scamper to the end zone. Two-point conversion failed. Rebels lead 42-6 with 6:24 left in the third quarter.

In the fourth-quarter the Broncos had the ball for three first downs. Myca Helfman, Kenezivich, Walker, Dewey, Kaden Robbins, Johnson and Dawson Mortensen were stopping the progress of the ball. The clock did not stop this quarter because of the score differential. With 4:35 left in the game, freshman quarterback Adam Neumann was under center, with a hand off to Jaxsyn Schmidt, who sprinted 93 yards into the Rebels end zone for six. Dewey was under center for the two-point conversion and gave it to Broughton for two. Rebels lead 56-6. Freshmen Tyler Von Reuden and Mortensen stopped the Broncos progress on downs and the clock ran out.

The Rebels play an early game (4:45) at their rival’s home field in Esko on Thursday, October 15.