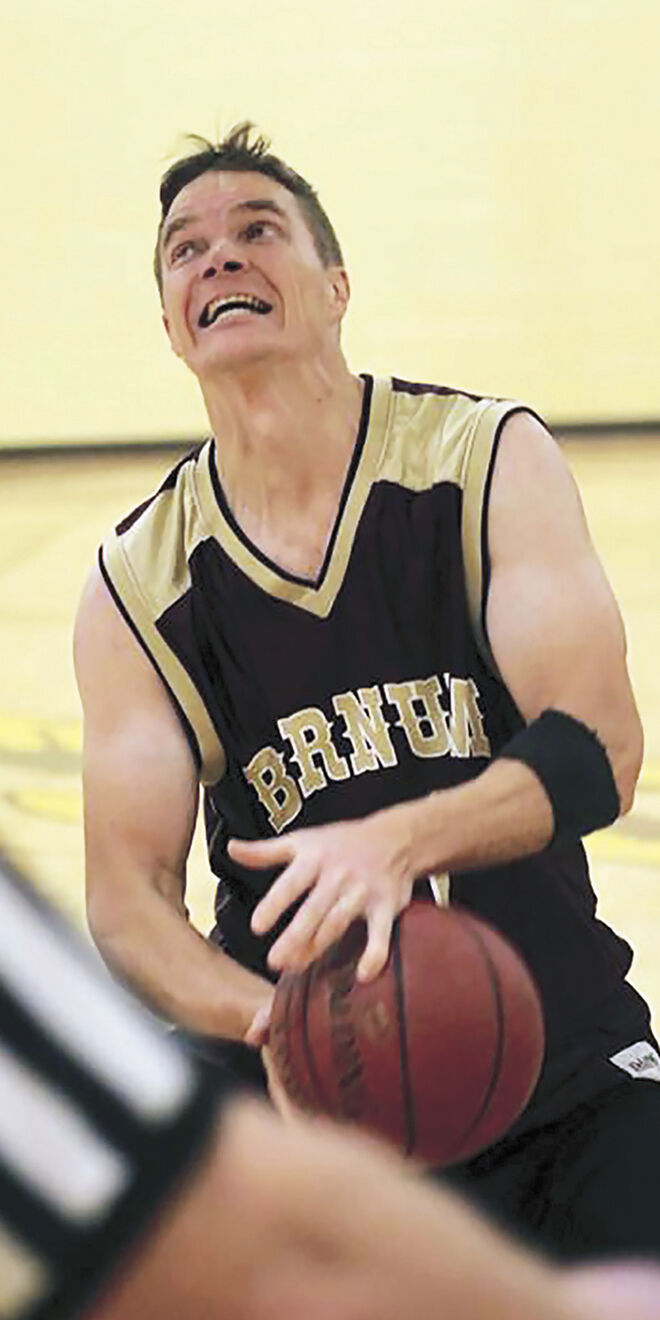 Barnum basketball players and parents come together for an entertaining evening of enjoying the game and catching up each December during the annual Barnum Alumni Basketball game.

Barnum boys basketball Coach Rich Newman is a 1982 graduate of Barnum High School. He organized the event five years ago as a way to bring the alumni together again to catch up with old teammates and friends as well as play a friendly game of basketball.

“We have had many great players and parents over the years, so it’s enjoyable to see the Barnum basketball family come home,” Newman said. “Also, the parents love to see their boys play another game at the gym.”

“I love the family that is Barnum basketball and athletics,” Eggen said. “It’s a laugh-filled time. Every year the players play hard and Coach Newman emcees the event. He makes wisecracks and keeps the crowd engaged.”

The alumni graduated between 1995-2020 and 20 attended this year, which is about half of a normal year.

Josh Earlywine also graduated in 2008 and was Newman’s assistant coach for 10 years. He said he enjoys playing with old teammates as well as students he helped coach. This year the teams were divided into alumni who graduated in 2010 and earlier and those from 2011-2020.

“The younger guys were running us off of the court,” Earlywine said. “It’s a fun family atmosphere. The fans were hooting and hollerin’. It’s all in good fun.”

“It’s fun to see the players you grew up watching,” Weets said. “The young guys had the lead early but fell later in the game. We were just trying to figure out how to put the ball back in the hoop again.”

The alumni agreed that the event is fun, but competitive and a bit of a challenge as they age.

“Your mind thinks you can still play one way, but your body can’t do it any more,” Eggen said. “But hey, the old guys got the win this year. We battled back from a deficit with a little help of questionable officiating.”

Eggen said Coach Newman is one of the best coaches in the area and teaches more than just the technical aspect of the game.

“He is a great teacher of life, not just sports,” Eggen said.