A power outage on Monday, Feb. 15 made a rescue call to Hillside Manor apartments necessary to rescue individuals trapped in the building 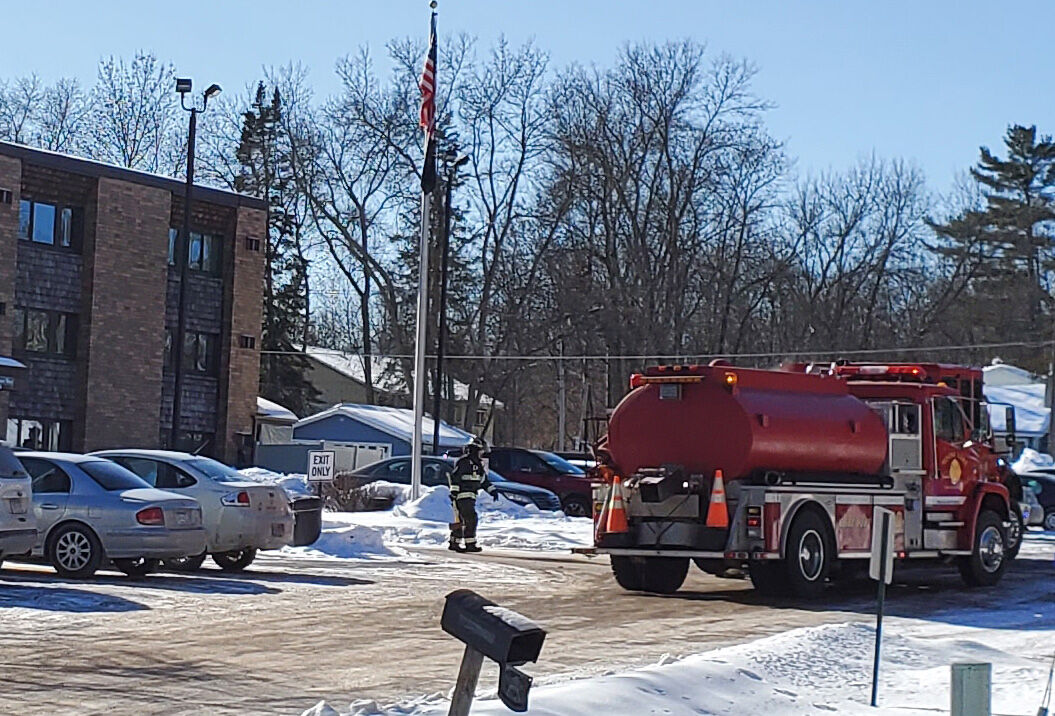 A power outage on Monday, Feb. 15 made a rescue call to Hillside Manor apartments necessary to rescue individuals trapped in the building elevator.

A power outage on Monday, Feb. 15 made a rescue call to Hillside Manor apartments necessary to rescue individuals trapped in the building

A power outage on Monday, Feb. 15 made a rescue call to Hillside Manor apartments necessary to rescue individuals trapped in the building elevator.

Moose Lake has been running on backup power since a regulator exploded and damaged a transformer at the Moose Lake Power North Substation on Feb. 8.

With the bitterly cold weather an emergency operation plan was quickly enacted by the city on the night of Feb.8. City officials and emergency responders were ready to call in state and county resources when power, using the back up generators at the station was restored.

Until new parts can be ordered to replace the damaged regulator and transformer and the system has been adequately tested to ensure full function the city is running on their back up generators.

A state of emergency was officially declared by resolution at the regular Moose Lake city council meeting. This resolution will speed access to state services if the back up power running the city also goes out.

Moose Lake Community School is the official warming shelter for the city. If power should go out again, residents are encouraged to go to the school. The Emergency Response Center for the town is the Moose Lake Police Station. Until regular power is restored and a back up power system is once again available the North Station is being monitored 24 hours a day.

Power outages plagued parts of the city on Monday, Feb. 15.  Moose Lake Power shared with residents and customers that they would like people to conserve as much power as possible to avoid future outages via a Facebook post on the City of Moose Lake’s page.

The Department of Natural Resources contacted the city about the continued complaints being received any time the brush pile is burned. Calls received during the last burn was reported as a public health concern.

Every time the city has burned the brush pile they have received complaints.

Possible solutions to the issue are: shutting the brush pile down, only being open during the hours of recycling shed and city hall, relocating the site with the possibility of partnering with an area township and closing the service for those outside of city limits.

At the time of the meeting the brush pile was open with no set hours. An extensive discussion of having the location be open only during times the recycling sheds are open. The council tabled any decisions to the next meeting after reviewing the issue.

Carlton County received a one year grant for a Medical Professional to be embedded with the county police offices. The purpose of this position is to allow officers responding to incidents involving citizens suffering from a mental health crisis additional and trained resources to aid or take over responses.

Reports to the Minnesota Department of Health for 2020 have been successfully submitted. During this process the 2020 to 2021 comparison of water flow was completed. Comparing January 2020 and January 2021 there was a 29% reduction in flow. This reduction will cause a need for an estimated one and a quarter less sewer pond discharges. There will be a savings for the city due to the reduced costs of water treatment, chemicals and services, at this time the city is not sure how much of a savings this will be.

The only changes in the year to the infrastructure was the pipe lining project. Additional projects are under consideration by the city. A strategic plan is underway, Duluth has projects out for bid to do their own sewer lining projects. The city is waiting to see if they can add projects to the list of projects underway by the company servicing Duluth for a discount.

The water tower will be painted after the project goes to bid next month. A darker color for the majority of the tower with lighter writing was determined to be an ideal option by the council.

An application for Second Street will be submitted for the Local Road Improvement Program Grant. Although the road is seventh on the repair priority list maintained by the city, city engineers determined that Second Street was the most likely to have a successful grant application based on application requirements.

Finger Print costs will increase from $25 to $30 on the city fee schedule.