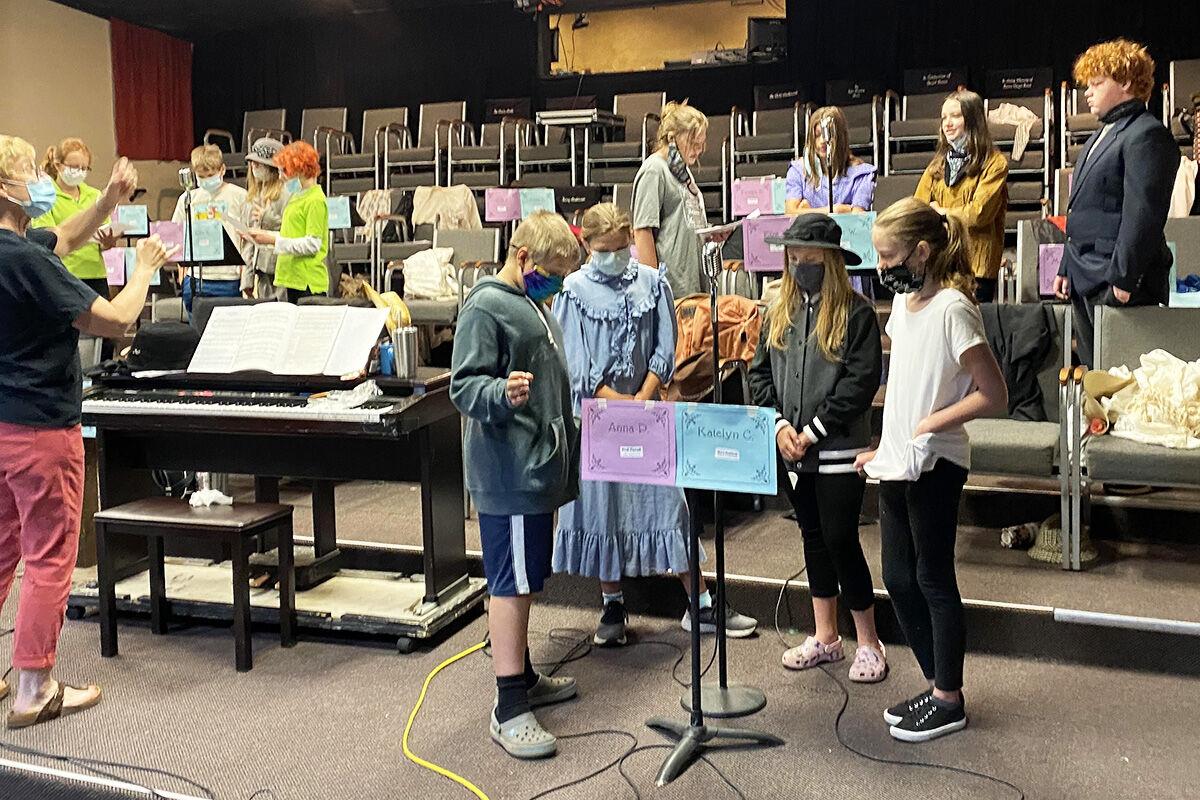 One of two groups of 15 kids stand distanced from each other around microphones singing at County Seat Theater Company. They are rehearsing for a filmed production of the musical “When Silents was Golden.” 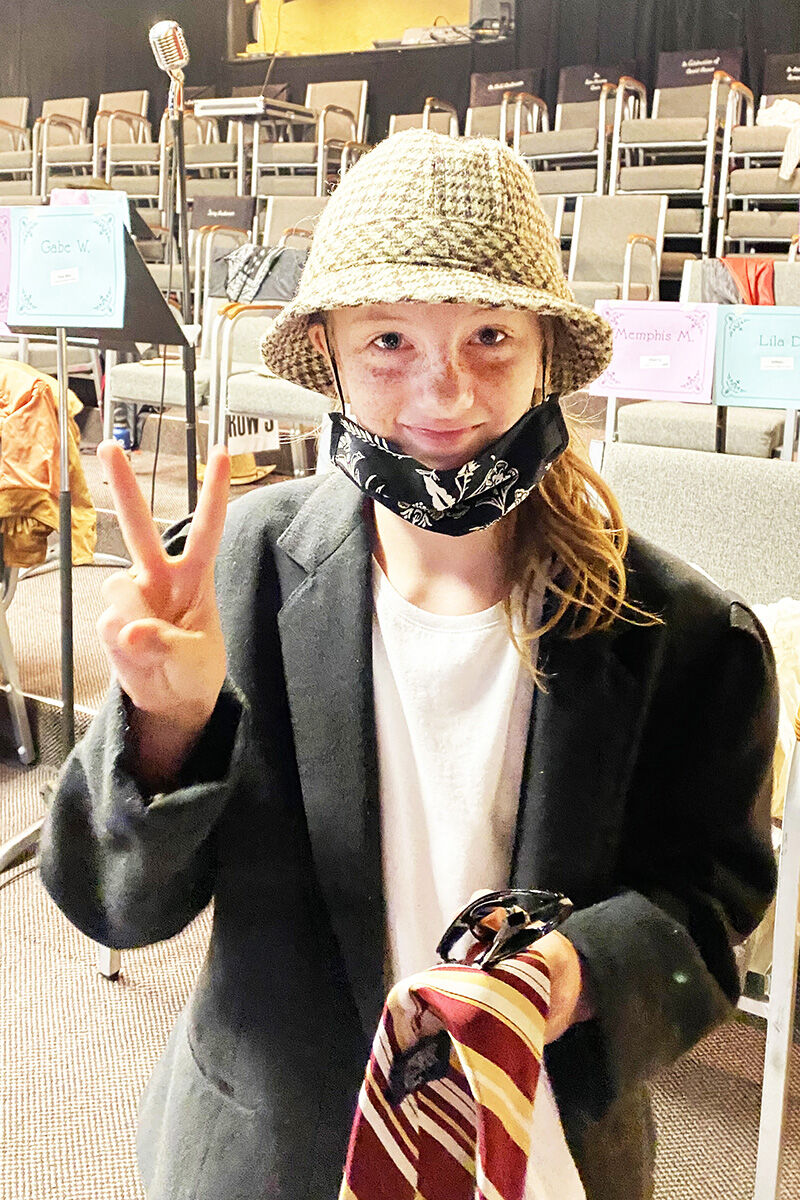 Anna Pettit, 10, has performed in several plays in the last few years. The Barnum resident said she is enjoying theater camp at the County Seat Theater in Cloquet this summer.

Ghosts and mystery of a bygone era swirl together to save an aging building full of history from another time.

A group of 15 kids are distanced from each other as they stand around microphones singing in the empty theater on Wednesday, June 30. Props and costumes are strewn around, ready to be put into place. Several kids have a face mask dangling from one ear as they sing. Long time director Joel Soukkala sits to the side of the students and reminds them to not talk before he stops recording the song.

The County Seat Theater Company in Cloquet offers youth the opportunity to try the performing arts. The young performers come from as far away as Pine City. This summer there are several from the Barnum area, said Soukkala. He explained that 30 young performers ages 6-16 will take to the stage each week as they learn the ins and outs of movie making under the direction of himself and Regina Roemhildt.

“After having to cancel our youth programs last year due to COVID-19, it’s great to have our youth back on stage,” said Soukkala.

The theater continues taking safety measures into consideration for the annual children's theater. In a normal year, 40 plus children participate each week for full day rehearsals before putting on a live show. This year the

camp was modified to a group of 15 students in the morning and another group of 15 in the afternoon. Soukkala said it’s a little quieter with the smaller groups, but it also allows the directors to spend more time with the kids to help them improve.

Anna Pettit, 10, said she enjoys the camp. She has been in many plays over the last few years including, Joust and Captain Underpants as well as a Christmas play in her hometown of Barnum. Her main character is Professor Ferrell, who saves the day in the play, according to Soukkala.

“It’s fun,” said Pettit. “You can role play and it can make you a better singer.”

The students will be performing the musical, “When Silents Was Golden”. The play is a tribute to the early years of movie making. When a building owner and realtor discuss plans to convert a former silent movie studio building into a commercial space, the ghostly appearances of several star actors reveal themselves, according to the play website. As prospective renters inspect the building, they are frightened away by the ghosts who assume the filming of scenes of silent movies from the past. The musical selections in the play accompanying each scene are representative of what occurred on silent film sets.

First, the students practice the songs and when they are ready the songs are recorded. Next, videographer Ryan Green shoots all of the scenes on Friday and edits the show into a movie featuring old black and white silent movie style musical numbers, said Soukkala. The cast is edited together during the final number to appear as if all 30 students are onstage together.

There are no live performances, however families and patrons may view the performance On Demand during the week following the camp. The final week of camp is July 12-16. Tickets can be purchased by visiting the County Seat Theater website www.countyseattheater.com. Tickets are $12 for unlimited views for the week.

Soukkala said he hopes to have the audience back in person by fall, but will improvise until then. He said the theater lost over $50,000 in revenue due to the pandemic, but was able to stay open thanks to patron donations, grants and COVID-19 relief programs.

Join the County Seat Theater Parking Lot Players on the second Thursday of every month for an hour of original pieces, radio shows, music, art and ice cream.

“Last year we were forced to perform outside,” said Soukkala. “This year we are doing it just because we had so much fun.” The next show is 7 p.m. Thursday, July 8. Seating will be available or you can bring your own lawn chair. There will be a few parking spots available as well. Call the theater to reserve a spot at 218-878-0071. A suggested donation of $5 per person or $20 per car load is appreciated.