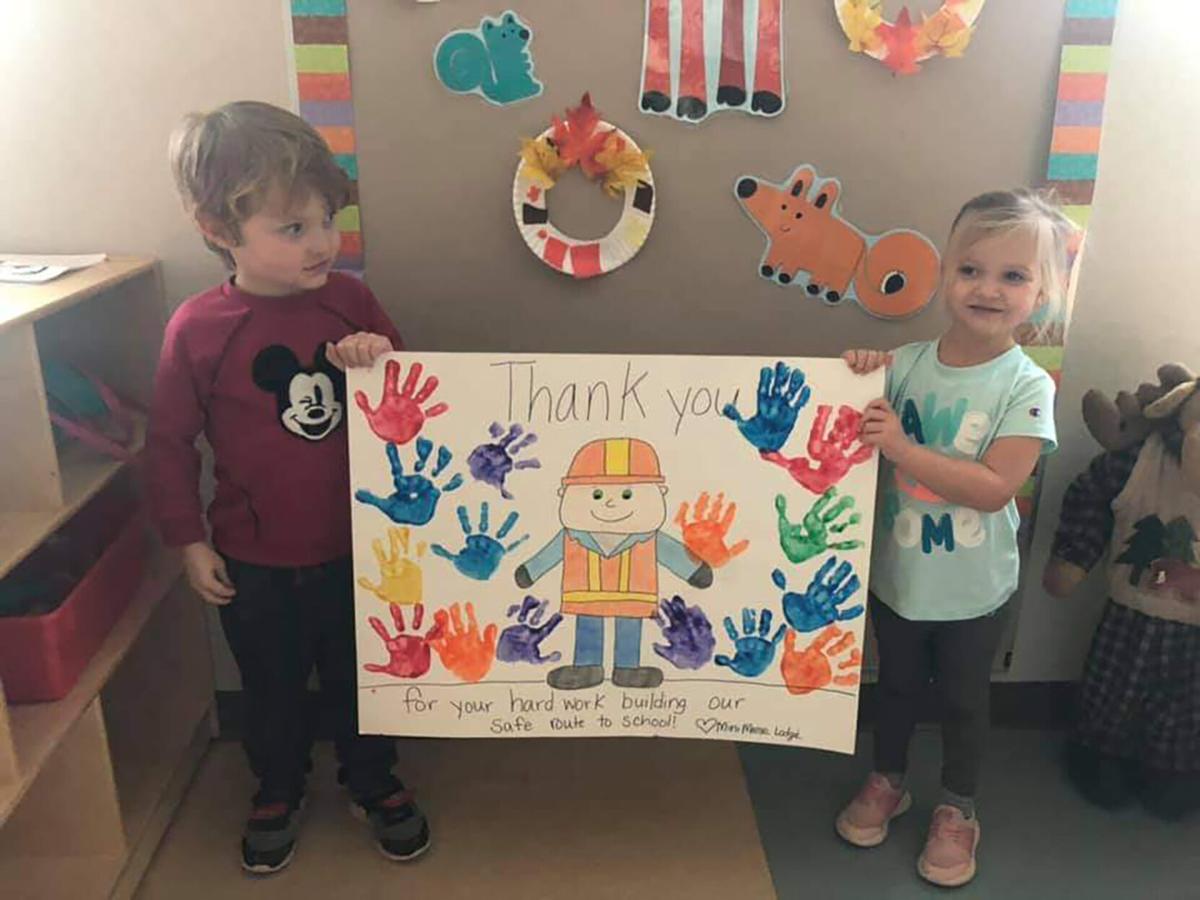 Preschoolers at Mini Moose Lodge are making thankful posters during the month of November. One of their posters was made for thanking the construction workers on the Trunk Highway 73 trail project in Moose Lake. The students were thankful for the workers making them a new safe route to school. 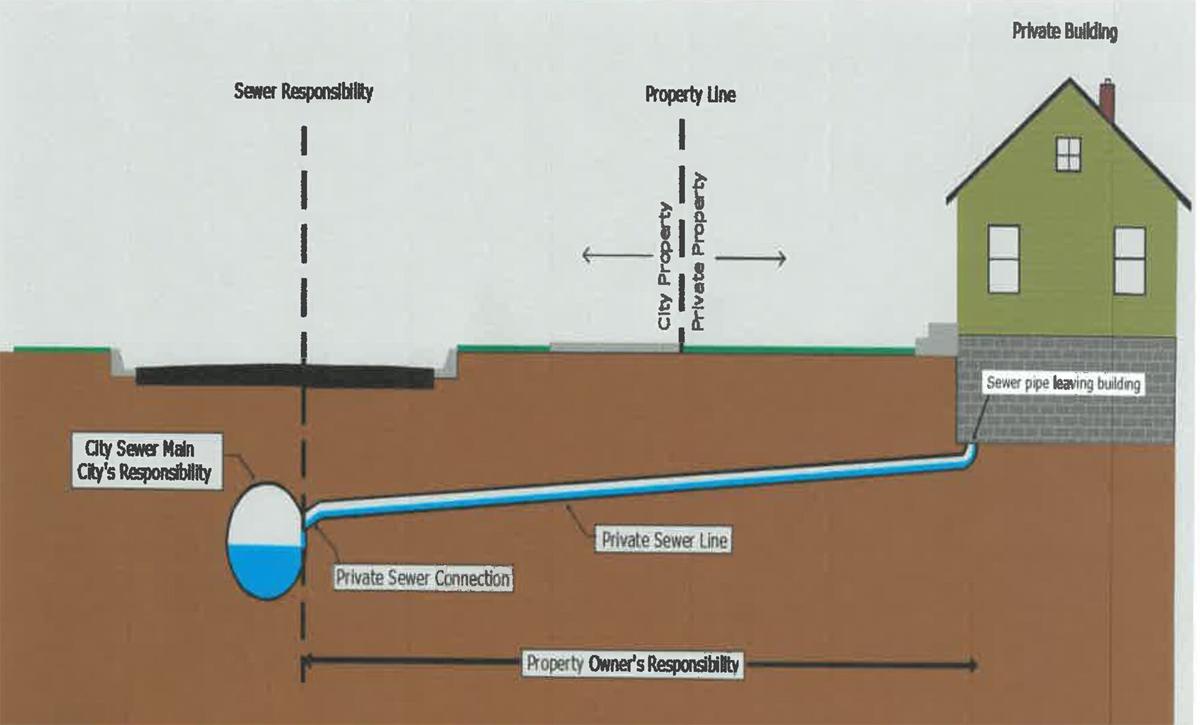 This diagram was included in the November 2021 Moose Lake City Council packet to help illustrate the boundaries of financial responsibility for sewer line repair costs in Moose Lake. 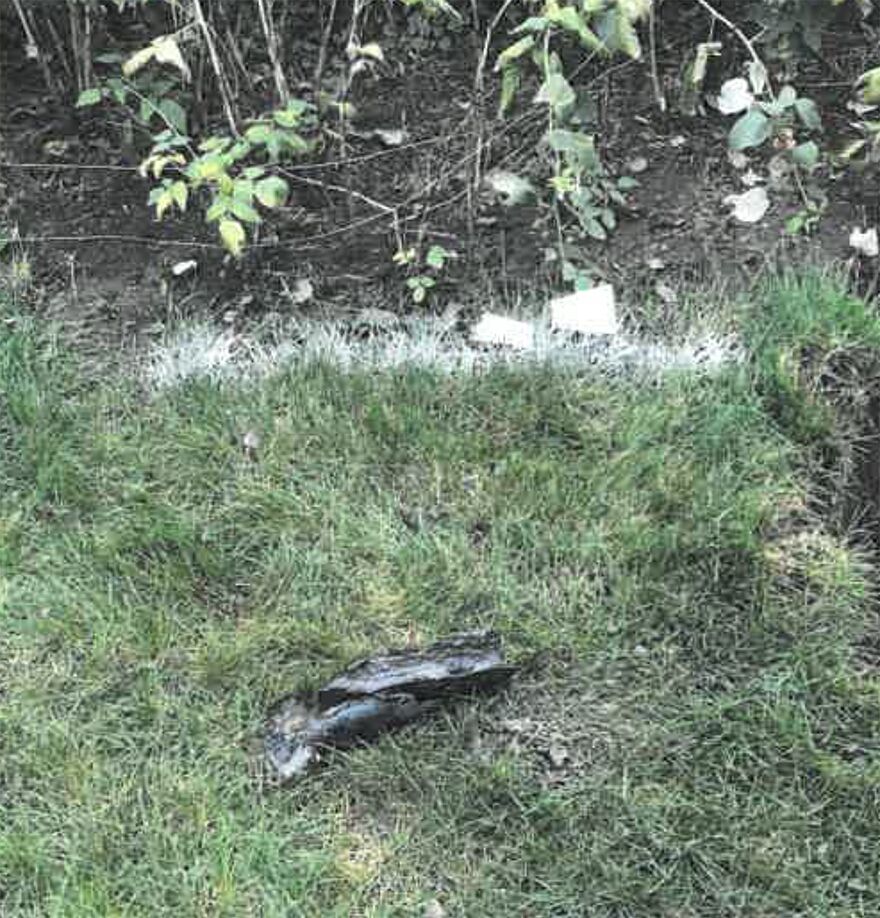 This is a piece of the broken Orangeburg pipe that was part of the line on Lakeshore Drive which was discovered to be collapsed during a recent sewer lining project. Public Works Superintendent Phil Etner reported that he could cut this pipe apart with a shovel to the Moose Lake City Council when discussing the project at the November council meeting.

Moose Lake has been in a battle against aging infrastructure. One strategy to improve sewer services has been to complete sewer pipe lining projects in town.

The second of these large scale lining projects was just completed in the area of Moose Lake with the oldest infrastructure. This project did not come with out revealing larger infrastructure concerns in town.

A property on Lakeshore Drive was found to have a line collapsed off of the sewer main during the completion of the lining project. City workers and staff were quick to respond to the collapsed pipe, but were not expecting what they found.

Sewer lining involves a flexible liner sleeve is inserted into existing sewer mains and expanded to fill the inside of the pipe. These sleeves are then cured to harden in place. After this liner has cured a robot enters the liner and cuts a hole in the liner at the location of each service connection. Once the holes are cut the line can then receive flow from homes and businesses.

While performing lining on the sewer main near Lakeshore Drive the contractor with the lining firm Insituform Technologies noticed that the service pipe to a residence on Lakeshore Drive appeared to look plugged or blocked with soil and that the existing line could be collapsed.

Responding to the collapse city workers hired Gobel Excavating & Aggregate to investigate the lateral (line branching off the main) line.  During excavation approximately 15 feet of the line was found to be collapsed. This piping was Orangeburg piping.

Orangeburg piping is a wood pulp and resin curred pipe that was commonly used in the 1940’s, 50’s and 60’s. This type of piping commonly fails after 30 years according a memorandum sent to the Moose Lake City Council about the collapsed pipe from city engineering firm Short, Elliot, Hendrickson, Inc. This type of piping no longer meets current standards as sewer service piping. Over time the pipe deteriorates causing a host of issues including blockages, tree root penetration, pipe collapse, decreased flows, backups and sinkholes.

During the excavation city workers kept the property owner informed of the ongoing discoveries. While informing the homeowner about the Orangeburg piping the owner mentioned that they had ongoing issues of blockages.

According to Moose Lake City Ordinance 161 the homeowner is responsible for sewer lines up to 15 feet from the sewer main. Because the work needed to be completed right away, the city called the excavation service and paid for services. The homeowner will now reimburse the city for the $1750 service.

Currently an Improvement and Infrastructure Plan is under review by the Public Works Department. According that policy this sewer service would be an illegal service. Public Works Superintendent Phil Etner said, “There is a lot of muddy water right now...” in regards to infrastructure standards for homeowners in town.

The council did caution that there were most likely other homes in the area of Lakeshore Drive that could have this type of piping. They made clear at the meeting that they would consider a payment plan for this homeowner and possibly others in a similar situation.

The council agreed to allow the Home Run Club to continue to use the Little League Field as long as it fits in the timeline of planned construction work on the city campground.

Continued efforts are being made to work with the Minnesota Department of Corrections and the Minnesota Sex Offender Program to have them undergo an infrastructure improvement project that would result in them abandoning their current clay sewer line in favor of an updated connection. These two users are responsible for an estimated 60 to 70% of the sewer flow in Moose Lake.

Repeated efforts have been made to set up a meeting between the City of Moose Lake and these two institutions.

The Department of Motor Vehicles office in Moose Lake will begin proctoring permit tests. They suggest bringing headphones to avoid distraction in the office setting while testing.