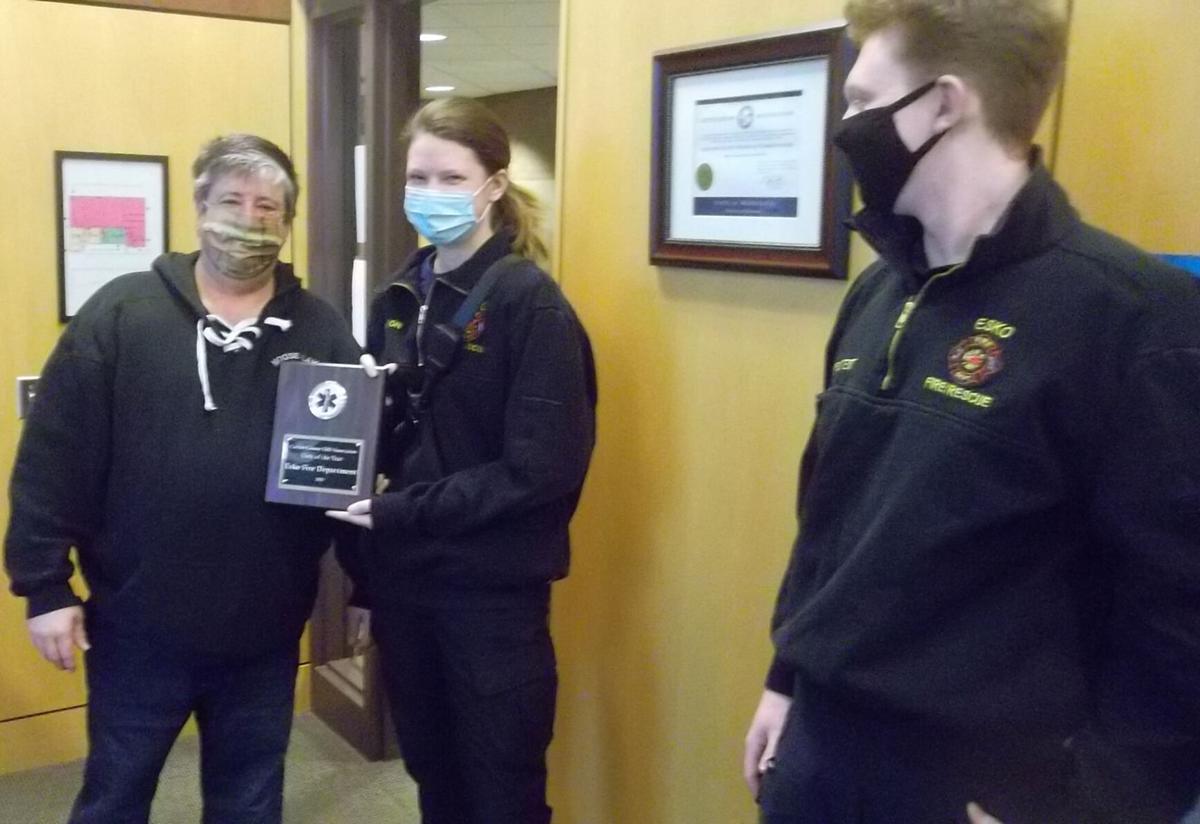 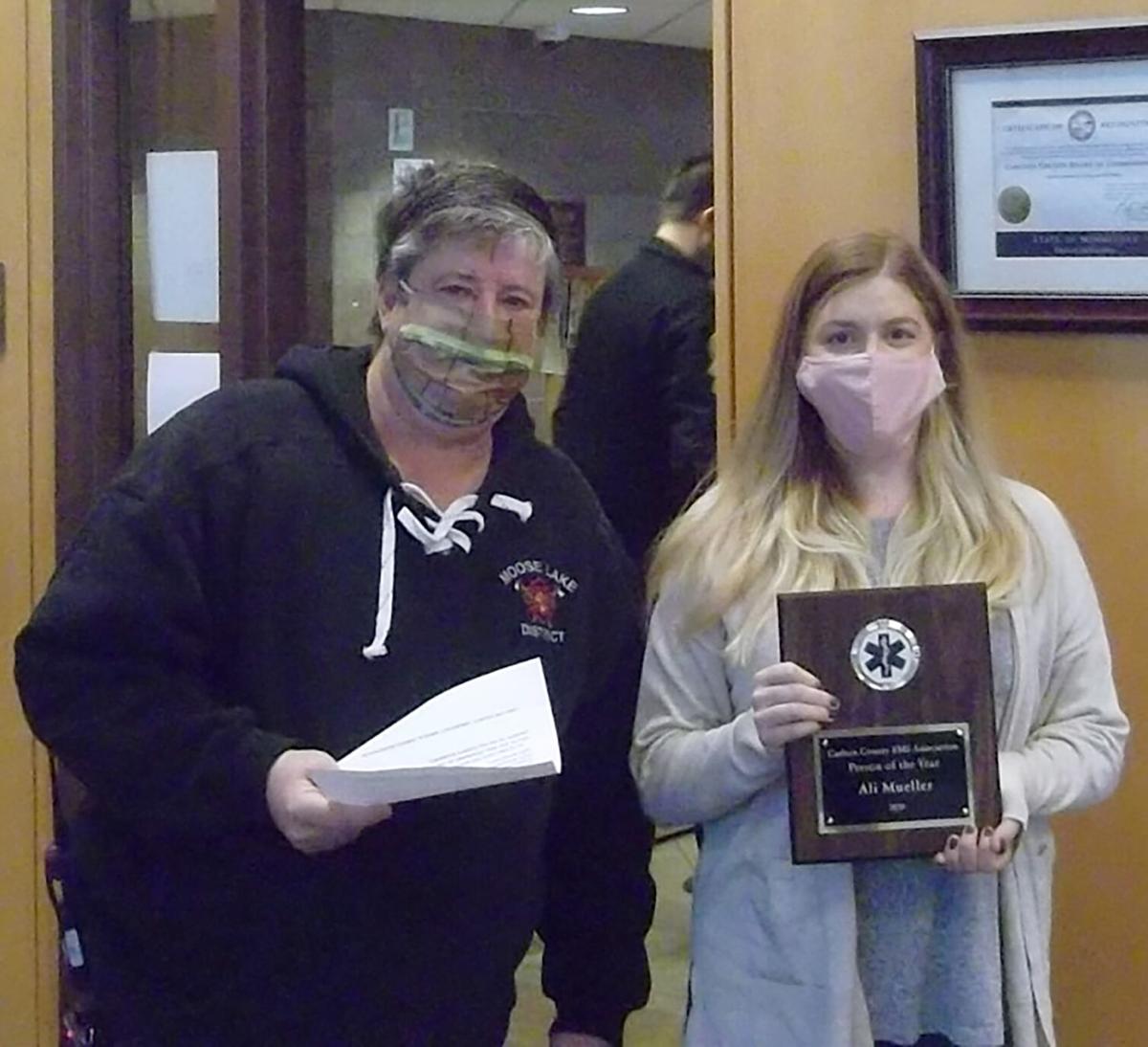 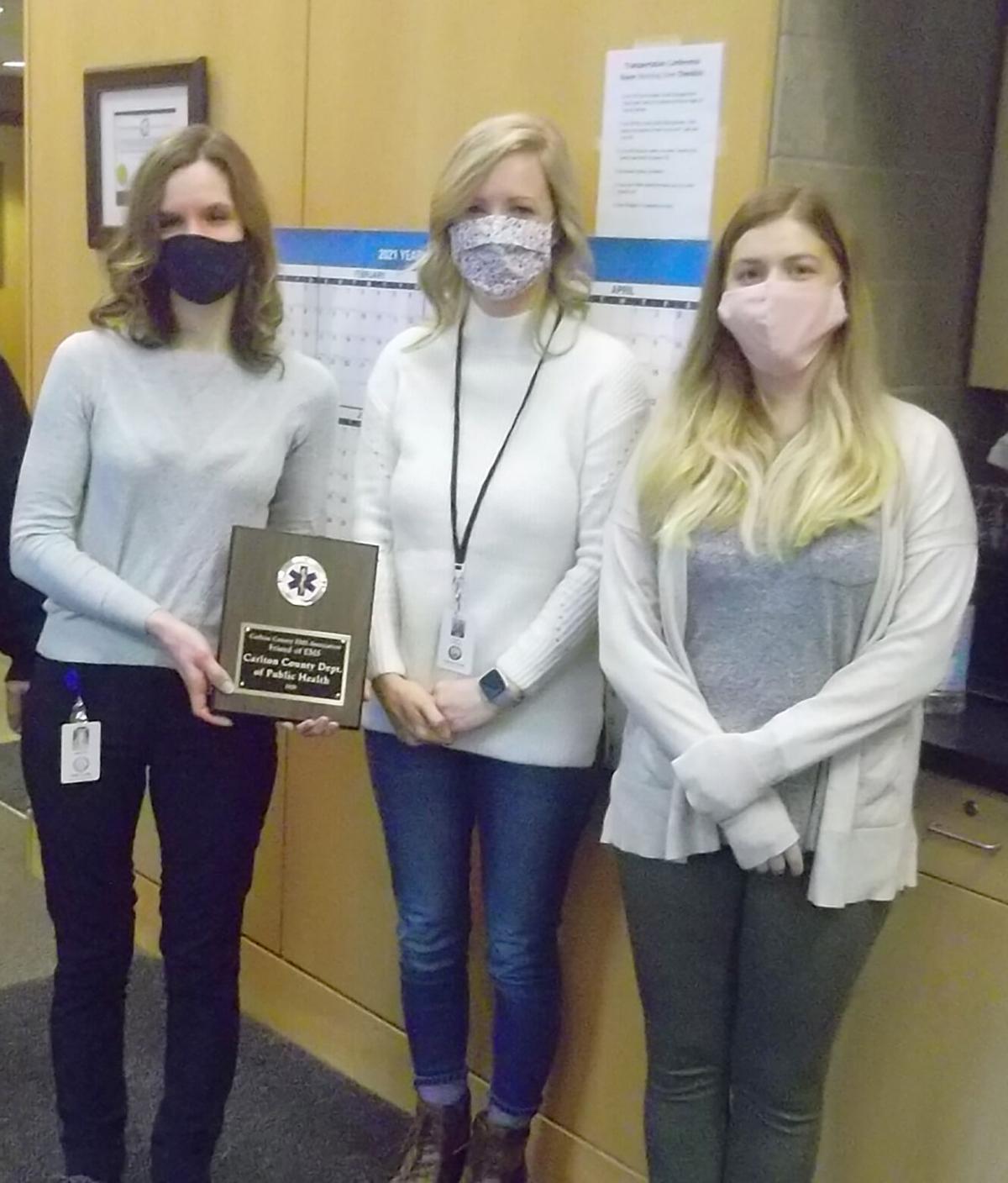 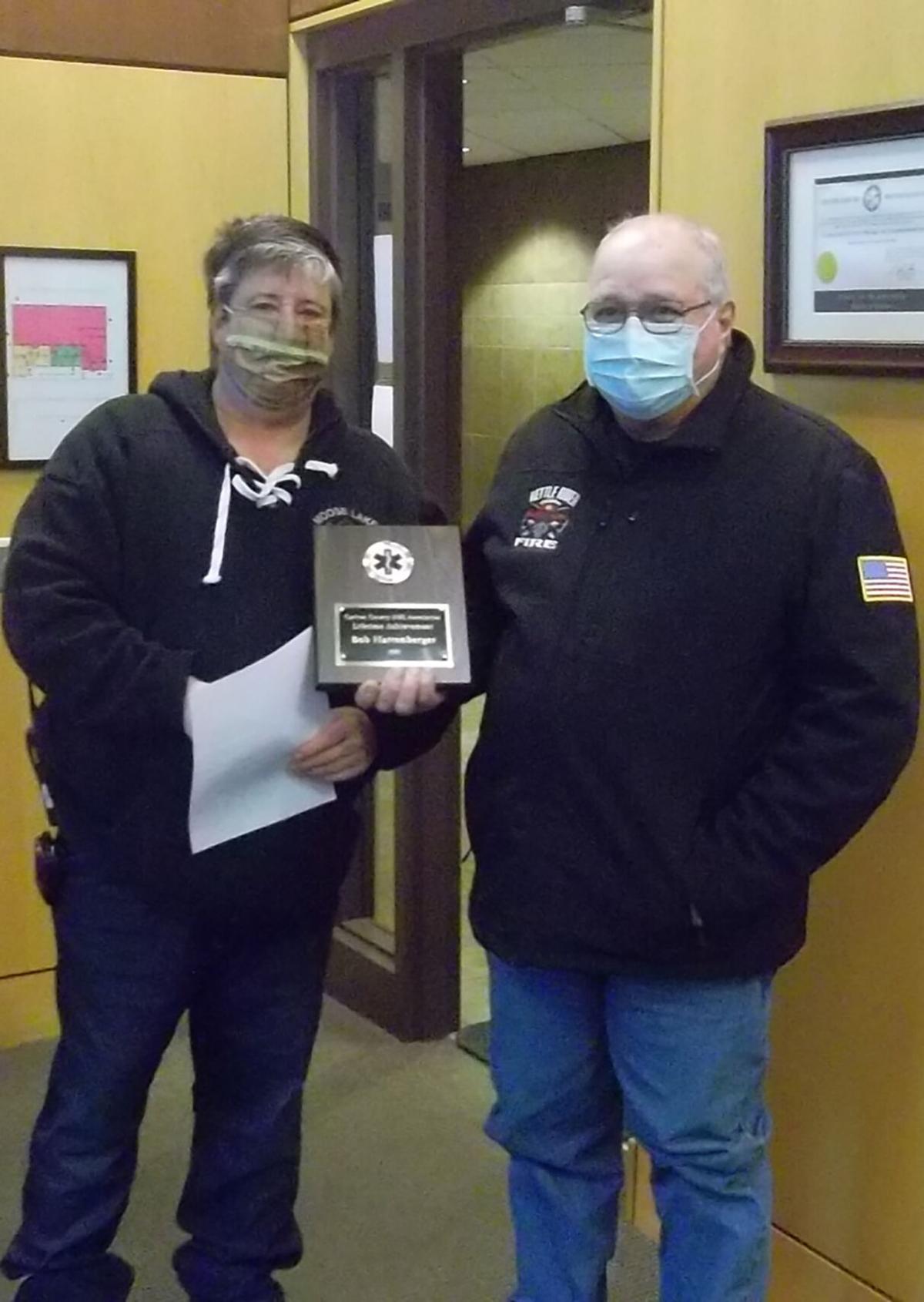 Awards were presented by the Carlton County Emergency Medical Service (EMS) Association to area citizens that volunteer to respond to emergencies. Above are photographs of some of the award winners.

With 25 EMRs on the roster of the Esko Fire Department, this group was recognized as the EMS Unit of the Year. They have responded to over 230 calls this year, including over 228 medical and 19 public assists. EMS Carlton County Head Steve Trenhaile nominated this group.

Carlton County HHS employee Ali Mueller was chosen as the CCEMS Person of the Year and the Carlton County Health and Human Services were selected as Friend of EMS for 2020. Mueller along with the staff at HHS were instrumental in providing critical information and finding needed PPE durring this pandemic. The HHS coordinated the ongoing immunizations for First Responders and Firefighters and the process went smoothly.

Kettle River native son Bob Hattenberger, Kettle River volunteer firefighter and local First Responder, was given the CCEMS Lifetime Achievement Award. Bob started with the Kettle River Volunteer Fire Department in 1984, serving as the Fire Chief from 1992 through 2008 and then again from 2016 to 2017.

Trenhaile noted in his presentation, “Bob has been the historian and story teller of the Volunteer Fire and First Responder Department, knowing the people and land, the roadways and detours, and often the outcomes and follow-up from medical calls. There is now a great void as he has turned in his jacket and pager, and the scanner that hasn’t worked for a decade.”